What All Elected Officials Need to do AFTER the Election

Originally posted on the Christian Post on November 4th.

With just days to go until the election and so much fighting on all sides, I wonder if the Bible has anything to say to us about how to govern when this mess is over. Where do we go from here to create a fiscally sound government?

Ready for it to be OVER.

Thank you for the question that is on everyone’s minds right now. With just days until the vote for President, U.S. House, U.S. Senate, Governors, state officials et al, I believe many Americans are 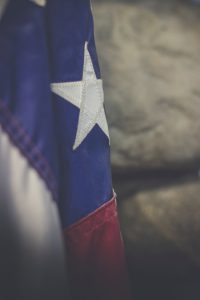 ready to see this election in the rearview mirror. But election day will be just the beginning for those who are given the privilege and responsibility to lead our country. I’m praying for this election, and I urge you to do the same.

How do we move forward? We need to unify around the most critical issues and return to working together to solve our problems. I believe the best way forward is for “we the people” to expect all who take office to make their number one priority a commitment to biblical stewardship. After all, a politician’s first priority is to act as a representative trustee of the needs of the citizens.

Stewardship of our Debt

Plagued by debt and torn apart by bitter rivalries, America is at a fragile financial crossroads. In September, the national debt had reached over $19.4 trillion – more than $60,000 per person! When the debt is divided among the current taxpayers, the amount owed is even more outrageous.  Incomes have generally decreased, while costs (like Obamacare) have increased dramatically. Meanwhile, too many families as well as our national leaders have borrowed money to keep going.

Eventually, this house of credit cards will collapse if not properly addressed.

I’ve written before that the Founding Fathers would roll over in their graves if they knew how deeply indebted we are as a country. Our second president, John Adams, once observed, “There are two ways to enslave a nation. One is by the sword. The other is by debt.” And yet only one president, Andrew Jackson, ever managed to achieve a debt-free America.

A Call for More Stewards

In order for this nation to survive and have the capacity to sustain our children, we need to return to our biblical foundations. As the Proverb says, “Where there is no vision, the people perish,” and a vision for biblical stewardship must be established now in order to sustain this country into the future. To address this need for a shared vision, Crown launched an online petition, urging all elected officials, who have a sacred trust, no matter their political affiliation, to carefully handle America’s resources as responsible stewards.

No one party, and no one person has led us to this point. Still, too many of our nation’s leaders have failed their mandate to be good stewards – to responsibly manage the resources entrusted to them by the electorate and, ultimately, by God. Every day we are called to steward our resources – our time, money, and talents. We know that God is the owner of all our resources – we are simply the managers. As 1 Corinthians 4:2 observes, “Now, a person who is put in charge as a manager must be faithful.”

The #StewardThisNation campaign calls on our elected officials to spark the change in our country, but it’s just as important for us to be faithful stewards in our own lives. We must faithfully manage our resources responsibly, be an example in our communities, and serve as an advocate for people in need around us.

Together, we can call our nation’s leaders to seriously manage the crisis before us. As resources become scarce and burgeoning debt threatens our future, join us as we stand in the gap and call others to a higher standard of stewardship. God poured out opportunity and prosperity on this great nation and it’s our responsibility to ensure that is not wasted.

Soon the election will be over, but the hard work of making the right choices begins for us all, at home, in state capitols, and in Washington, D.C.

God bless us all indeed.