The Worst Advice I Have Ever Received From My Bank

Over my lunch break, I had to run to the bank and get some cash. While I was waiting, I overheard the teller next to me having a conversation with a young man who had just come in.

He had just told her he was 19 years old when she asked him if he had a credit card yet. When he responded with “no”, she gasped at this newfound knowledge and started to explain all the reasons he should have one (her daughter was the same age and she had one, you don’t get any reward points with a debit card, etc.).

Thankfully, he just took his cash and left.

Overhearing their conversation already had me thinking. The only benefit the teller would have had by him opening a credit card would be if he missed his payments or she made some sort of commission off the transaction. It seemed like pretty bad advice, especially since the average household credit card debt is over $5,000.

The teller who was helping me came back with my cash, but before she handed it over, she gave me some of her own advice.

She told me that, as a young, married woman, if I didn’t have my own credit cards and bank account without my husband’s name on them, then I was putting myself at a serious risk. She, in no uncertain terms, recommended I open my own accounts and card without telling my husband so I’d be protected in case he left me and took all my money. All of her advice was given like she knew what was best and this was a wise financial measure all young married women should take to protect themselves. The other teller chimed in expressing agreement. 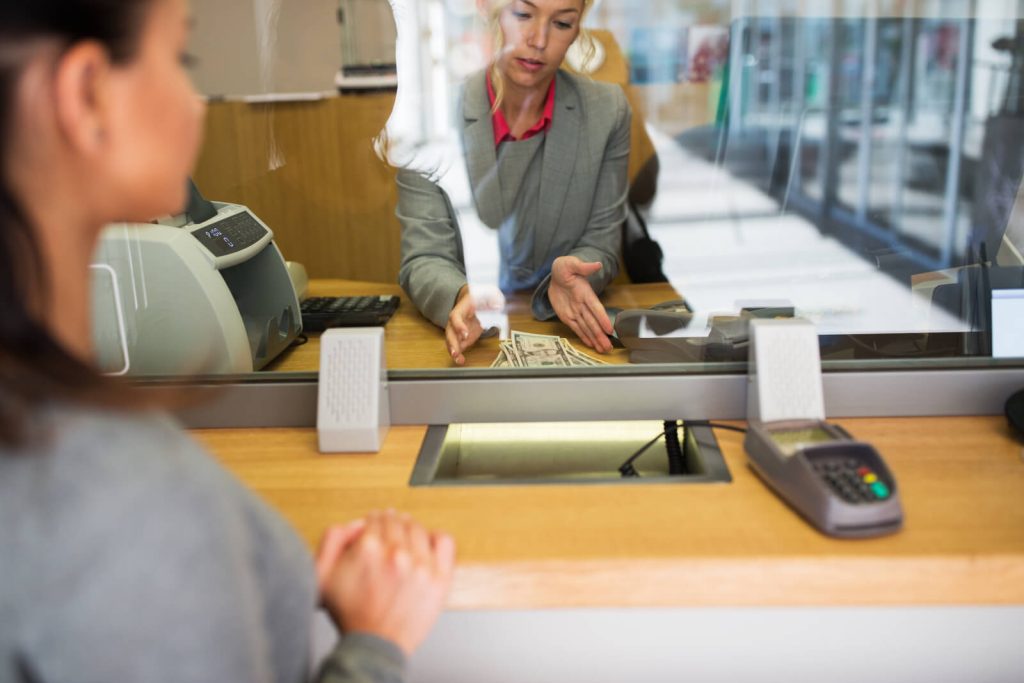 When I didn’t offer much of a response, they tried to lighten the severity of their advice, qualifying the secret accounts and credit card as a means to buy my husband gifts without him knowing.

It seemed like this was a pretty normal interaction for them, but it wasn’t for me.

In general, I was just surprised at the bad advice being offered at my bank. First to the young man and then to me.

During their conversation, for a fleeting moment, I wanted to join in on the fun. I was clearly the odd man out because I didn’t agree with them, and that tends to be a lonely place.

The advice they were giving me is not unusual. About 15 million people have admitted to hiding credit cards and bank accounts from their spouses.

But that kind of advice isn’t wise, productive, or biblical. It’s a defensive measure, taken out of fear or pain. Lies of the enemy that sound caring – “it’s to protect you, I’m just looking out for you, it’s for your own good” – but are intended for your own detriment. Just ask Eve.

Proverbs 14:1 says that “The wisest of women builds her house, but folly with her own hands tears it down.” Wouldn’t it be more fulfilling to be part of creating a happy and fruitful financial future, than to drive a wedge between you and your spouse out of fear?

Besides, marriage is good for your money! In fact, married couples experience far greater financial satisfaction than any other form of living arrangement…ever. Ecclesiastes 4:12 says, “Though one may be overpowered, two can defend themselves. A cord of three strands is not quickly broken.”

Financial infidelity is sadly a pretty common phenomenon and the cause of many marital problems and divorce.

If you’re currently hiding a credit card, bank account, or debt from your spouse, get on your knees and confess to the Lord. Then confess to your spouse.

If you are suspicious that your spouse is hiding something from you, pray for wisdom and discernment. Prepare your heart and actions to respond in love, and make it easy for them to come forward. Remember Proverbs 15:1, “A soft answer turns away wrath, but a harsh word stirs up anger.”

No matter what, turn to Scripture and learn what it says. Memorize Romans 12:2 – “Do not conform to the pattern of this world, but be transformed by the renewing of your mind. Then you will be able to test and approve what God’s will is – his good, pleasing and perfect will.” You can find some practical ways to get on the same page as your spouse here.

You can’t align your hearts in marriage if your finances aren’t aligned as well. I’d encourage all married couples (and singles!) to read Money Problems, Marriage Solutions and go through the online MoneyLife Personal Finance study together. (I may have just given you the perfect idea for a Valentine’s Day gift…because nothing says romance like a money talk.)

No matter what challenges you’re facing in your marriage, financial or otherwise, your marriage is worth working for and it’s worth saving.

To clarify, I don’t necessarily think a husband and a wife having separate checking accounts is sinful. The Bible never says a couple has to have joint-checking or that the bills have to be paid by one or the other.

One instance where I think it is okay to have separate accounts is with for a business. If one spouse owns a company, it is wise to keep those funds separate from the rest of your personal finances.

But the Bible is clear that we’re not to lie. And trust is foundational in a marriage.

Genesis 2:24 – “That is why a man leaves his father and mother and is united to his wife, and they become one flesh.” It may be difficult to become “one” when you have two checking accounts.