Financial Lessons from the Widow and the Oil

Have you ever been faced with an impossible financial situation? Maybe you had an overwhelming amount of debt and no way to pay it off. Perhaps you were diligently trying to save and budget wisely but a medical emergency wiped all your careful planning out. Maybe it wasn’t one “big” thing, but an accumulation of little things that sent your finances spiraling. Maybe you lost hope that you and your spouse could ever get on the same page about your finances.

Money is stressful. Even if you haven’t faced a dire financial need, you have probably experienced financial stress.

It’s easy to get distracted by the needs, demands, and desires of today and lose sight of what the purpose of our money is supposed to be. There’s a story from the Bible, found in 2 Kings 4:1-7, that always encourages me when I find myself losing sight of what matters or getting distracted by physical needs.

The story takes place during the life of the prophet Elisha. It’s about a widow who was afraid of losing her 2 sons to slavery because she owed money to a creditor. She cried out to the prophet Elisha for help.

All she had was a small jar of olive oil, something common, not of extreme value. Elisha told her to go and borrow as many jars as she could from her neighbors. He instructed her to pour her oil into them.

We’re not told what she thought about his counsel. If it was me, I would probably think he was a little crazy. I’d want to point out the small amount of oil I had and the impossibility of filling up dozens of other jars with just a few ounces.

But the widow trusted, obeyed, and witnessed a miracle of multiplication. Her bit of oil filled every vessel they had. When she told the prophet, he instructed her to go and sell the oil, pay the debt, and live off the rest. Her tiny bit of oil was multiplied to pay off her debt and provide for her future. 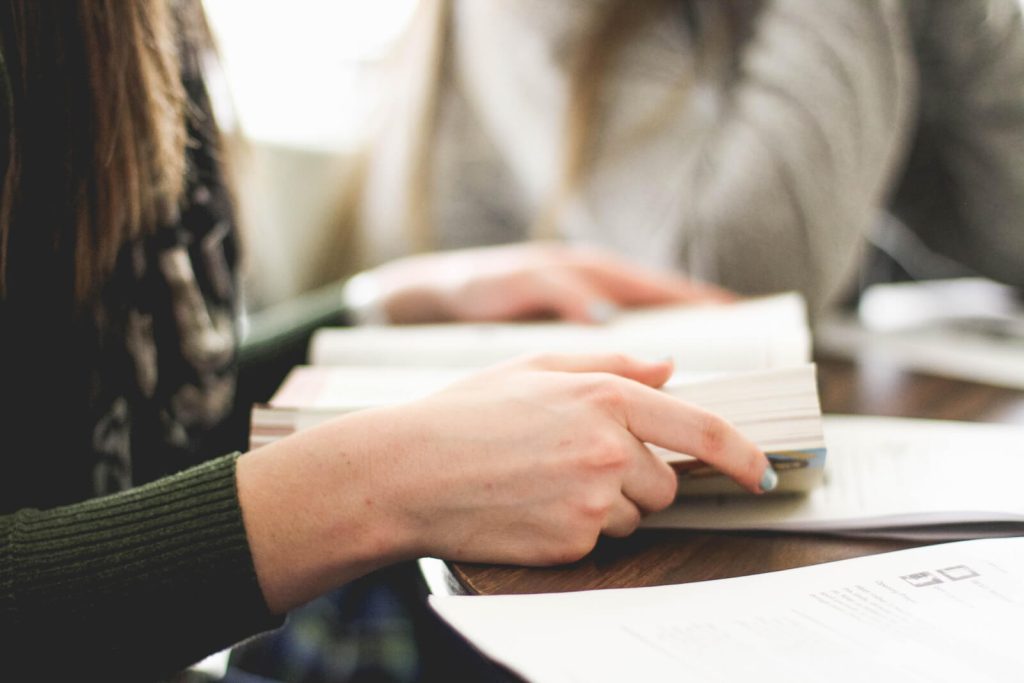 I think there are a multitude of lessons we can learn from this widow’s obedience, but the bottom line is this: she followed the advice, worked obediently, and demonstrated faith. Then God multiplied her efforts, allowing her to pay back the debt and free her from the fear of losing her children.

God will always provide for us. But often He asks us to step out in faith and do our part first. Our obedience or disobedience doesn’t change His character, but it can change our outcome. If the widow had laughed at Elisha’s instructions, doubted the faithfulness of God, or been lazy to not do the work, I’m not sure how her story would have ended.

God also showed his greatness in her story by multiplying what she had identified as her only possession. He could have used anything to provide for her or just put a check in her mailbox, but He made Himself personal, real to her by using the very thing she said she had.

Almost 80% of Americans live paycheck to paycheck to make ends meet. Only 39% of us have enough money saved to cover a $1,000 emergency. One out of every five have more credit card debt than they do savings. From a bird’s eye view, the majority of the country is in dire need of a financial miracle.

Like the widow in 2 Kings, many of these homes today are led by single parent mothers. According to the 2017 U.S. Census Bureau, out of nearly 12 million single parent families with children under the age of 18, more than 80% were headed by single mothers.

Single parenting is hard. Very hard. Death, divorce, or children born outside of marriage create seemingly impossible situations. But, God works in mysterious ways and is able to do far more than we ask or think.

In fact, single parents may experience the love of God and His amazing grace in ways others will never know.

Married or single, trust God, work hard, and don’t be afraid to ask for help.

Remember, “we rejoice in our sufferings, knowing that suffering produces endurance, and endurance produces character, and character produces hope.” (Romans 5:3-4)

Be willing to go to work and have the faith that God will provide. Surrender all of what you have to be used for His glory and His purposes. Ask for discernment to know what your first step is supposed to be. If you need to get out of overwhelming credit card debt, start with our friends at Christian Credit Counselors. They can help lower your interest payments, negotiate with your creditors, and make a debt payoff plan.