Ask Chuck: Should I Speak Up When I Disagree With My Company’s Political Positions?

I don’t agree with the political views of my company. They voice their views; yet, I think I would be fired if I voiced mine. I want to keep my job, yet I want to distance myself from their positions. Any advice?

Many are wrestling with this same issue. I have friends working with iconic companies, such as Delta Airlines, Coca Cola, and large Silicon Valley firms, where they feel equally conflicted. The companies do not represent their values or their political views, but they feel powerless to speak out.

More and more, we are seeing examples of corporate activism and people losing their jobs if they step out of line with their company’s political leanings. For example, Saturday, September 4th, John Gibson, CEO of Tripwire Interactive, tweeted support for the strict Texas abortion law that passed last week. It resulted in his “stepping down from the company.”

The Heritage Foundation hosted a conversation with Andy Olivastro, a leader with significant experience in very large corporations. He said, “I think there was an assumption for a long period of time that the boardrooms of corporate America were largely aligned with what might be traditionally conservative or Republican issues. And whether that was once true or not, it is no longer the case.”

A Time to Speak and a Time to Keep Silent

Solomon said in Ecclesiastes that there is a time and a season for everything, including when to say something and when not to say anything. It is good that you are wrestling with this to make certain you are following the Lord’s conviction and are not having an emotional reaction fraught with unintended consequences. Here are a few thoughts to help you shape your decision.

A Case for Remaining Silent

Often, we simply want to be heard and become anxious when we do not speak out against an issue. But remaining silent may be exactly what the Lord desires so that you are in a better  position to make a difference long term with the company. For instance, Joseph had a tremendous influence on Pharaoh, by submitting to the Lord’s timing. Daniel had a tremendous influence on Nebuchadnezzar, by submitting to the Lord’s timing. As a result of waiting, their influence over evil rulers saved many lives. Additionally, Jesus waited for the Lord’s timing before making His deity fully known. 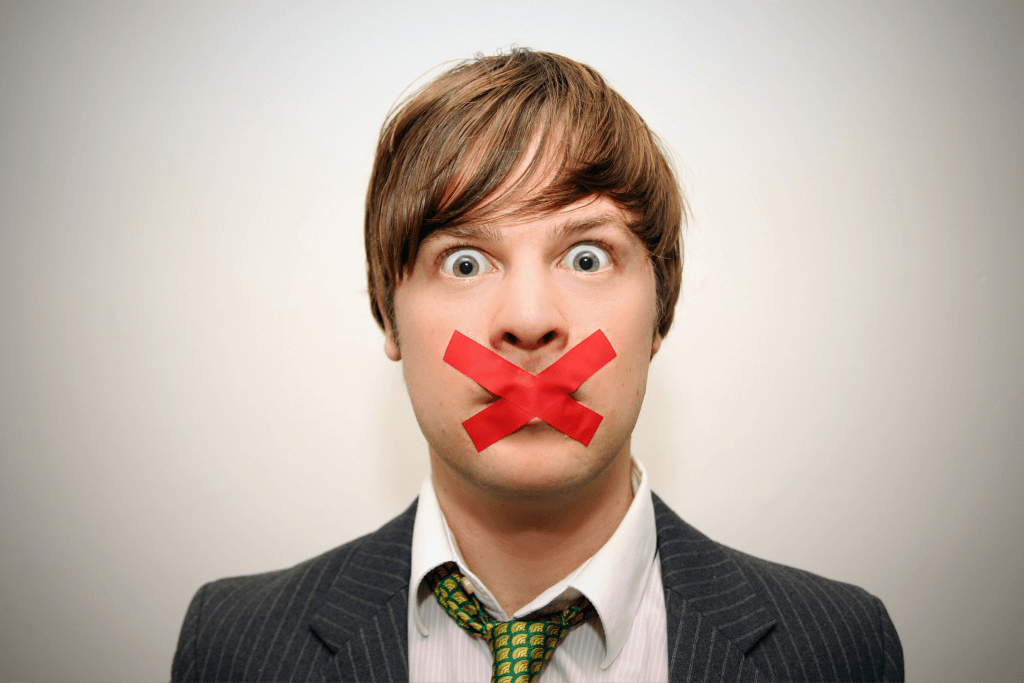 A Case for Speaking Out

Esther was urged by Mordecai to use her voice and influence to defend the Jews against a deadly decree. But she did not think the timing was right. This exchange, recorded in Esther 4, is a powerful reminder of our need to seek God’s will and not our own.

Esther 4:12-14 says, When Esther’s words were reported to Mordecai, he sent back this answer: “Do not think that because you are in the king’s house you alone of all the Jews will escape. For if you remain silent at this time, relief and deliverance for the Jews will arise from another place, but you and your father’s family will perish. And who knows but that you have come to your royal position for such a time as this?”

Convinced, Esther sought the Lord and made a plan.

Esther 4:15-16 says, Then Esther sent this reply to Mordecai: “Go, gather together all the Jews who are in Susa, and fast for me. Do not eat or drink for three days, night or day. I and my attendants will fast as you do. When this is done, I will go to the king, even though it is against the law. And if I perish, I perish.”

Esther’s decision to speak out put her life on the line. She accepted the consequences if her plan did not go as hoped.

Christianity has always been at odds with culture—not just corporate culture but the entire unredeemed world. Yet, believers are called to serve as salt and light in the darkness that surrounds us. We must never compromise Truth or God’s call on our lives, but we must be wise and discerning. How can you have the greatest influence? Should you speak out, or should you guard your job and privately support causes that will impact the kingdom and the culture?

In his book Why You Think the Way You Do, author Glenn Sunshine says: “In political life, we must keep the importance of the image of God shared by people of all nationalities front and center in our thinking. But we must be careful. Christ’s kingdom is not of this world, and it will never be ushered in through political power. Instead, we must live lives consistent with our faith, and thus by our concern and our action on behalf of others we will earn the right to be heard.”

Pray for your co-workers and superiors, and ask God for favor, “…always being prepared to make a defense to anyone who asks you for a reason for the hope that is in you; yet do it with gentleness and respect, having a good conscience, so that, when you are slandered, those who revile your good behavior in Christ may be put to shame.” (1 Peter 3:15-16 ESV)

A final thought is to be sure your finances are ordered in such a way that you are not inhibited by fear or worry when it is time to be bold. We should never let financial needs cause us to shrink back from being fearless ambassadors for God’s kingdom.

In my recent book, Seven Gray Swans, I write about economic trends that are happening before our very eyes but that tend to be ignored. We need to be prepared for challenging days ahead by understanding what to expect and how to prepare.

This article was originally published on The Christian Post on September 10, 2021.