Ask Chuck: Should I Invest In Bitcoin?

I am a young investor and need advice. Bitcoin looks like a great investment. Is now a good time to start investing in it?

Bitcoin or No Bitcoin?

Dear Bitcoin or No Bitcoin,

Before you make the decision to “invest in Bitcoin,” be sure you understand the risks. People are buying Bitcoin with the hope of making big money without fully considering the big risks. While it is the leading form of cryptocurrency in the world right now, most of the people I respect consider it more of a wager than an investment. They look at it like buying a lottery ticket in that it may be a big winner or loser.

Early in January, Britain’s Financial Conduct Authority warned crypto traders to be prepared to lose all of their money. “Consumers should be aware of the risks and fully consider whether investing in high-return investments based on crypto assets is appropriate for them,” the article states. There are two key issues: volatile prices and no guarantee that digital currencies can be converted back into cash.

Some perceive Bitcoin as inflation protection while serving as an alternative to gold. But, Nouriel Roubini, professor of economics at NYU’s Stern School of Business, strongly disagrees. He argues, “First of all, calling it a currency – it’s not a currency. It’s not a unit of account, it’s not a means of payment…it’s not a stable store of value. Secondly, it’s not even an asset.”

According to Roubini, Bitcoin has no intrinsic value because it does not provide income, capital gains, or some form of utility like bonds, stocks, real estate, or precious metals do. It is purely speculative. He further explains that academic research suggests that the “pseudo stable coin Tether has been created by fiat and is …used literally to manipulate the price of Bitcoin.”

On January 21st, Bitcoin fell 11%. Two things happened. During Janet Yellen’s confirmation hearing, she suggested that lawmakers curtail Bitcoin use because of its association with criminal activity, including terrorism. In addition, “double spend” was thought to have occurred. It is a feared flaw in which someone can spend the same Bitcoin twice. In reality, two blocks were mined simultaneously. But, confidence was shaken.

The Financial Press addressed the price drop as well. Scott Minerd, with Guggenheim Partners, claimed that prices may fall back to $20,000 despite the fact that several weeks ago, he forecasted a price of $400,000. However, Michael Saylor of MicroStrategy says Bitcoin could reach $14 million.

Volatility is clearly evident. Manipulation, regulation, fear, and greed are only a few of the factors playing into it. On January 26th, at 10:00 a.m., Bitcoin was up to $31,320.90. BlackRock, the world’s largest asset manager, authorized two funds to invest in cash-settled Bitcoin futures. Marathon Patent invested $150 million on the 25th. Who will be next?

Creating Bitcoin requires specialized hardware called Application Specific Integrated Circuit (ASIC). They are large and require a lot of electricity which gives incentive for companies to establish locations where electricity is cheap.

There is a growing concern about the centralization of mining. China supposedly accounts for 50-65% of the mining. Cheap electricity, inexpensive labor, and proximity to ASIC manufacturers are driving this. According to an article on Bitcoin.com, the Iranian government is blaming power shortages and rolling blackouts on Bitcoin mining. “Police in Iran have reportedly seized 45,000 bitcoin mining rigs for illegally using subsidized electricity from the state,” the article states. 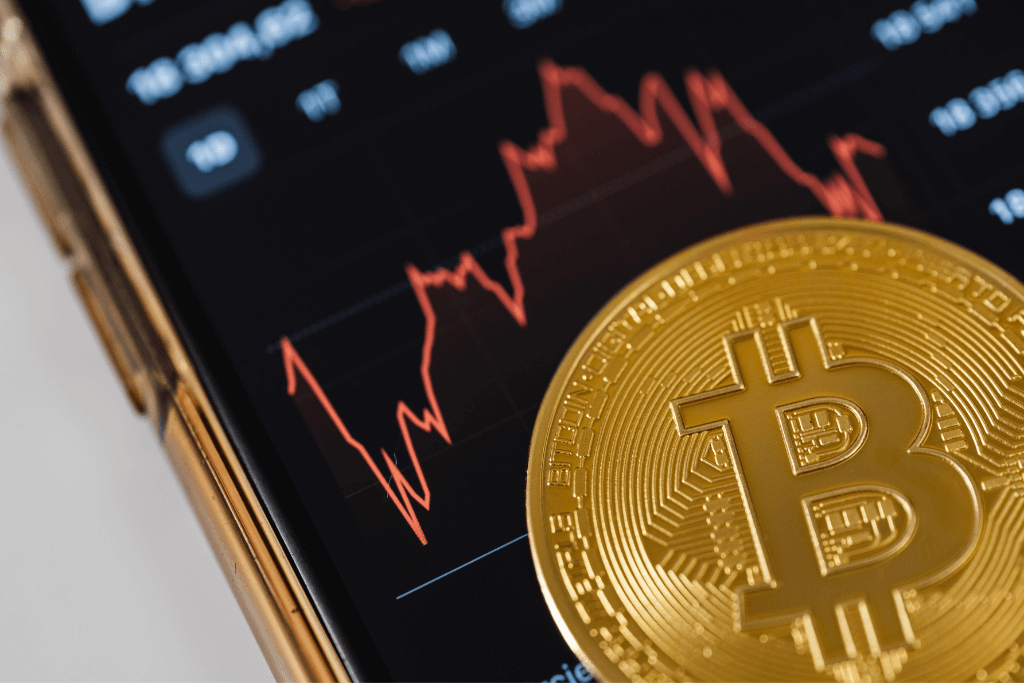 Some find price drops as opportunities to buy. Bitcoin magazine reports that over $30 billion has been accumulated for the long term: 2.814 million Bitcoin or 15.16% of the total in circulation. Supposedly, less than 15% is actively traded. The majority of people are accumulating, not trading.

Others see a correction as a case for creating a Bitcoin exchange traded fund (ETF) that would allow for smaller trading sizes. An ETF is a basket of securities that is listed on exchanges and traded like stock. ETF share prices fluctuate with trades being made throughout the day, while mutual funds trade once after the market closes and not on an exchange.

Frances Coppola, at coindesk.com, has an interesting take on the topic.

So the faith of bitcoiners is what gives bitcoin its value. If they were to lose that faith, the currency’s value would fall to zero. But, is their faith alone enough for bitcoin eventually to replace the U.S. dollar as global reserve currency?…The sort of social and political collapse that would destroy the dollar would surely also destroy global civilization.

What does the Bible say?

“Do not toil to acquire wealth; be discerning enough to desist. When your eyes light on it, it is gone, for suddenly it sprouts wings, flying like an eagle toward heaven.” (Proverbs 23:4-5 ESV)

“As for the rich in this present age, charge them not to be haughty, nor to set their hopes on the uncertainty of riches, but on God, who richly provides us with everything to enjoy. They are to do good, to be rich in good works, to be generous and ready to share, thus storing up treasure for themselves as a good foundation for the future, so that they may take hold of that which is truly life.” (1 Timothy 6:17-19 ESV)

My view is that there are better, more stable opportunities to begin your investment experience. If you think you want to own Bitcoin, start small, be in a position to lose it all without regret, and diversify.

This article was originally published at The Christian Post on January 29, 2021