Ask Chuck: How Will the New Tax Bill Affect My Finances?

I know there is a new tax bill, but I don’t know how it will affect filing this year. For someone who isn’t very familiar with all the ins and outs of the tax code (who is?), and just wants to be honest and receive the right deductions, it’s a little overwhelming to try and understand. Can you provide some insight? Anything I need to watch out for?

When The Tax Cuts and Jobs Act of 2017 was signed into law back in December, millions started asking and wondering how it would personally affect them. Only a couple changes might impact the 2017 filings you make this year. But, several changes will definitely affect future filings. I will only address those changes that affect personal income taxes.

The good news is that you have two extra days to file this year because they’re not due until Tuesday, April 17th and for the vast majority of taxpayers, we will owe less in 2018.

I don’t know anybody that delights in paying taxes. But, Paul’s advice to the Romans can help us with our attitude. Let every person be subject to the governing authorities. For there is no authority except from God, and those that exist have been instituted by God. Pay to all what is owed to them: taxes to whom taxes are owed, revenue to whom revenue is owed, respect to whom respect is owed, honor to whom honor is owed.  (Romans 13:1,7)

So not only is it our duty before God to pay taxes but we should also honor those that use our taxes to accomplish important functions for the common good like military defense, roads, education and medical care.

The tax break for personal casualty losses is retroactive back to 2016 and was expanded to include losses in any federally declared disaster area. The primary place of residence must have been located in a 2016 disaster area and sustained a loss from a federally declared disaster. Typically claimed as an itemized deduction, the new law allows taxpayers to claim the loss if they claim the standard deduction with limitations. 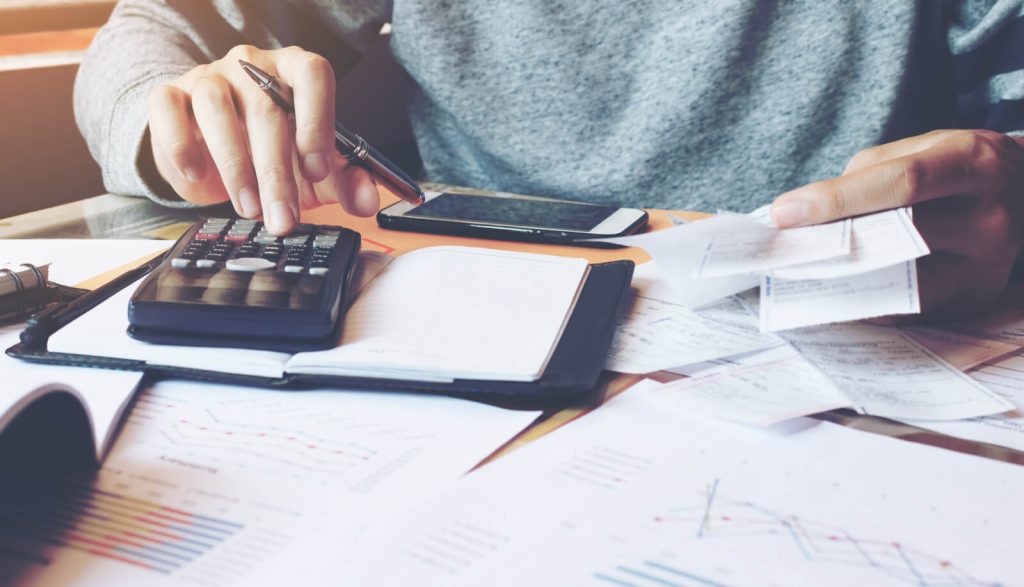 The brackets remain the same but some tax rates drop and income thresholds have changed.

Personal Exemption for you, your spouse and dependents has been eliminated.

State and local tax deduction, SALT, is capped at $10,000 for single or married itemizers. If married and filing separately, it drops to $5,000.

The individual mandate, that penalizes those without health care, was eliminated and goes into effect in 2019, affecting 2020 returns. However, taxpayers without coverage must claim a waiver or exemption (usually based on hardship) or face a penalty called the shared individual responsibility payment.

For the 2017 tax year, the penalty, payable in 2018, is equal to 2.5% of your adjusted gross income or $695 per adult and $347.50 per child, up to a maximum of $2,085, whichever is higher. According to the IRS, electronically filed tax returns will not be accepted “until the taxpayer indicates whether they had coverage, had an exemption or will make a shared responsibility payment.”

Those who file divorce or separation agreements after December 31, 2018 will no longer be able to deduct alimony payments and recipients will no longer treat alimony received as taxable income.

Only official national disasters qualify for deductions through 2025.

Deductions for bicycle commuting has been eliminated, as have tax preparation, investment fees, and unreimbursed job expenses. In addition, moving expenses for work are no longer deductible with possible exceptions for military members.

Money exempt from the estate tax has been doubled from the current $5.49 million for individuals and $10.98 million for married couples. Few people will be affected.

It’s all God’s. He knows how hard we work to earn each dollar and how difficult this season is for many Americans. It is an opportunity to depend on Him and to prepare our taxes with a clear conscience. Proverbs 10:9 says, Whoever walks in integrity walks securely, but he who makes his ways crooked will be found out.

Remember how the scribes and chief priests desired to entrap Jesus. They posed a question for him that’s applicable to us. ‘Is it lawful for us to give tribute to Caesar, or not?’ But he perceived their craftiness, and said to them, ‘Show me a denarius. Whose likeness and inscription does it have?’ They said, ‘Caesar’s.’ He said to them, ‘Then render to Caesar the things that are Caesar’s, and to God the things that are God’s.’ (Luke 20:22-25)

Go and do likewise.

If you want to learn more about what the Bible says about all aspects of your finances, enroll in Crown’s online MoneyLife Personal Finance Study. Seven weeks could change your financial future!