Should I buy a car listed on Facebook Marketplace or Craigslist? There seems to be a lot of great deals from private sellers. And I would love to pay cash rather than have a car payment. But the process seems so daunting. Many of the posts look like scams, and most sellers say “cash only,” but I don’t want to carry that much cash. Is it worth the trouble?

Sincerely,
Looking for a Good Deal

Dear Looking for a Good Deal,

Thanks for the great question. A few years back, we used Craigslist to buy my son a used car, and we paid cash to do it. While it’s important to take safety precautions when making a purchase through this kind of network, I have found it a useful tool for fast-turnaround, cash deals, which I recommend when it comes to a used car. Especially as you are getting started, keep personal information to a minimum and communicate using email or text. You may even want to set up a separate email for conversations like this. When I am considering a used-car purchase, I always arrange a meeting in the parking lot of a local fast food chain in the middle of the day, rather than at someone’s house, for example. With your security in place, one person’s trash can be another’s treasure.

As with all sales experiences, it matters who you are dealing with, and I have found it best to buy from an individual or reputable dealer. Be on the lookout for less-than-honest dealers pretending to be an “owner,” when they are actually just getting rid of a lemon on their lot.

First, look for sale-by-owner (rather than a dealer) with a clean Carfax report. Several people we talked with were trying to rip us off, and it can take time to get to the facts about a car. The preference is to buy a used car that has not been through a major incident and is from the first or second owner. A clean Carfax report means: 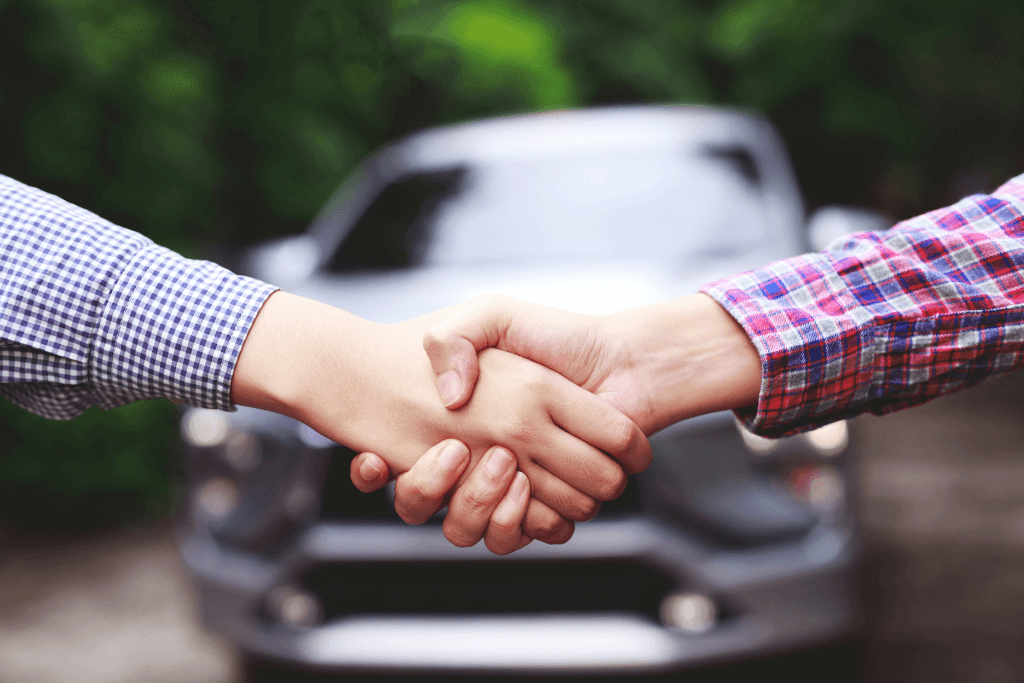 Second, ask the owner for maintenance records. This includes history of use (how often the owner drove it and how far), where the car was serviced, when the tires were last replaced, etc. Save yourself some time by asking for this information through e-mail.

Third, do your homework on the car you are considering. Before we went to test drive and inspect the car, we did our research on the value using Kelley Blue Book, which is nationally known for information on the value of cars, and the National Auto Dealers Association, where we received on-line, free services that helped us evaluate if the price the owner was asking was fair.

For me, I was able to use this experience as a teaching opportunity for my sons as I took them through this process with me. When we finally had narrowed our search and were ready to see some cars in person, I took both of my teenage sons, asking them to evaluate the condition of the car on a scale of 1 to 10, looking at tires, engine, interior, rust, windows, seats, power systems, spare tire, paint, etc., and I asked for their evaluation of the value of the car versus the price being asked.

Eventually, we found a car that the three of us rated an 8 out of 10 for quality of condition, but the owner wanted a 10-out-of-10 in price—top dollar, $7500 at the time. It was worth considering, so we asked to have the car inspected by a mechanic (which cost us $100); we found that the car needed $2,500 in engine work. That would mean the price had to come down 30 percent for us to be interested.

We made an offer by text, which the sellers initially refused, but three days later, they contacted us again and took our reduced price. The repairs were made after the sale, and my sons couldn’t have been happier. We paid cash for the car and repairs and walked away with a bill of sale, a title transfer, and a mileage affidavit.

To be frank, this was a process that took some time, and not everyone may want to work this hard for a used car. An alternative is to buy “Certified Used” from a reputable car dealer. You will pay a premium, but the car will come with some guarantees, and you won’t have to worry about finding out later that the transmission is ready to fall through the floor of the car. However, I’ve found that it is difficult to find anything under $15,000 from a dealer.

Hopefully, you will enjoy the process. People have been enjoying the art of buying and selling since the beginning of time. Proverbs 20:14 observes, “‘It’s no good, it’s no good!’ says the buyer—then goes off and boasts about the purchase.”

While seeking the Lord’s guidance and patiently waiting on a good deal for a used car, one way to improve your finances is to reduce or eliminate credit card debt. Christian Credit Counselors is a trusted source of help toward financial freedom.

This article was originally published on The Christian Post on October 7, 2022.