Can you explain what happened with the GameStop fiasco this week? It is very confusing to understand why it was such big news.

Like you, I was stunned by the hysteria to own shares of this seemingly small, struggling retailer called GameStop. It was certainly never one on my personal radar as a choice investment opportunity.

The saga of what happened as the stock soared from $40/share until it peaked at $468/share within one week will go down in the annals of Wall Street history. It turned out to be the biggest “short squeeze” in the past 25 years.

To explain it simply, an angry mob of small day-traders decided to try to injure the largest hedge fund on Wall Street. It was the classic “little guy vs. big guy” fight. Billions of dollars were lost (by most everyone involved) as this extraordinary event unfolded.

My understanding is that a box-office movie is already being planned to showcase what some are calling an uprising of “the ants vs. the elephant” in a life or death battle.

There is a lot to learn from this incredible story, especially in regards to the biblical principles of investing.

GameStop bills itself as the world’s largest retail gaming destination for Xbox One X, PlayStation 4, and Nintendo Switch games, systems, consoles, and accessories. They also sell gamer-centric apparel, collectibles, and more. However, the company was clearly struggling. They once operated nearly 6,000 stores worldwide, but the move to online gaming was hurting the company badly. They closed 600 stores in 2019, and by September of 2020, they announced they would be closing another 450 stores due to the strain placed on the company by COVID. The publicly traded stock under the symbol GME fell to $4-$7/share during that time.

It is important to understand how this epic financial struggle between the so-called “little guys” and the “big guys of Wall Street” developed. Let’s identify a few of the key players:

If we go much deeper, it will only get more complicated. For now, this will help set up the main point of what happened.

Melvin Capital and a number of other hedge funds took a short position in GameStop/GME, which means they were betting that the company would fail. This is perfectly legal, but some accuse hedge funds of using their power and connections to help accelerate their desired objective, thus hurting all the “little guy investors” who may be betting that the company does not fail.

Some astute day traders noticed that the hedge funds had over-shorted their positions, and the potential for a “short-squeeze” was possible if they could drive up the price of the stock. It was a clear opportunity to make an investment out of revenge to cause Melvin Capital massive losses. The rallying cry was to make a YOLO trade, which means “You Only Live Once.” The idea was to throw off concerns about one’s money and make the big guys lose, for once in a lifetime. Millions of small investors did just that. Using their Robinhood app, many day traders shrugged off the risk and bought GME shares for the joy of “putting it to the big guys.”

Melvin Capital and others lost billions of dollars on their short positions as the stock soared against all logic. However, after reaching the incredible overvalued price of $468/share, self-interest overruled mob justice, and millions of the “ants” began rushing to sell their stock. The price plummeted as small traders experienced the pain of owning shares in a company that was wildly overvalued. Now, their personal losses mounted. 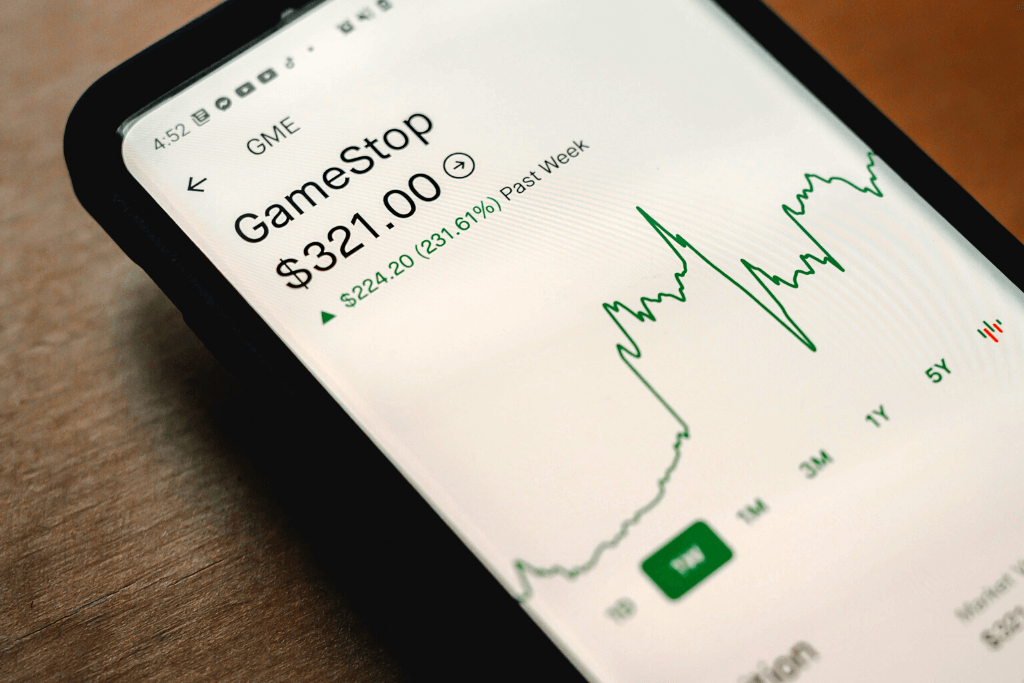 The irony of the entire story is the name of the company that found itself at the center of this dramatic, high-stakes game of poker: GameStop. Millions were mobilized to think of investing as a game. The painful losses will hopefully forever remind them to, indeed, stop.

“For the love of money is a root of all kinds of evils. It is through this craving that some have wandered away from the faith and pierced themselves with many pangs.” (I Timothy 6:10 ESV)

Events like the GameStop frenzy can be unsettling, which is why I recently wrote Seven Gray Swans: Trends That Threaten Our Financial Future, where I discuss global trends that have the potential to shake up our world, economy, and stock market. By preparing wisely for these “gray swan events,” we have the opportunity to be salt and light to the world should they occur.

This article was originally published on The Christian Post on February 5, 2021.