KNOXVILLE, TENNESSEE – Sep. 14, 2021 – The Christian Economic Forum global event in Beaver Creek, Colorado, marked the inaugural granting of the organization’s Extraordinary Impact Award to Craig Deall, CEO of Foundations for Farming Global, a Zimbabwean faith-based non-profit that is revolutionizing agriculture in that country and beyond.

Recognized and promoted by the Zimbabwe government and in concert with the Food and Agriculture Organization of the United Nations, Foundations for Farming’s program – called Pfumvudza – has already been adopted by 1.6 million small farmers, with a total goal of 2 million households implementing it.

“CEF created this award to honor those who share our vision of seeking God-inspired solutions to the world’s greatest problems,” said CEF Founder and Executive Director Chuck Bentley. “It was Craig Deall whom God, (as part of the Foundations for Farming team) inspired to address one of those challenges – food insecurity – in an African nation. This followed great personal loss and hardship for Craig and his family, who show the precursor of great impact is to be willing to walk the road of great suffering.”

Foundations for Farming’s revolutionary Conservation Agriculture techniques allow small scale farmers – most of whom lived below the subsistence level – not only to survive but to thrive by feeding their families and selling the surplus crops.

“I accept this award on behalf of the least, the last, the lost, the broken ones that are forgotten generally in this world,” Deall said. “If you want to hedge against bad times, make a plan for the poor. Look after someone who has less than you. That's God's upside-down kingdom way of ensuring that you will survive in turbulent times.” 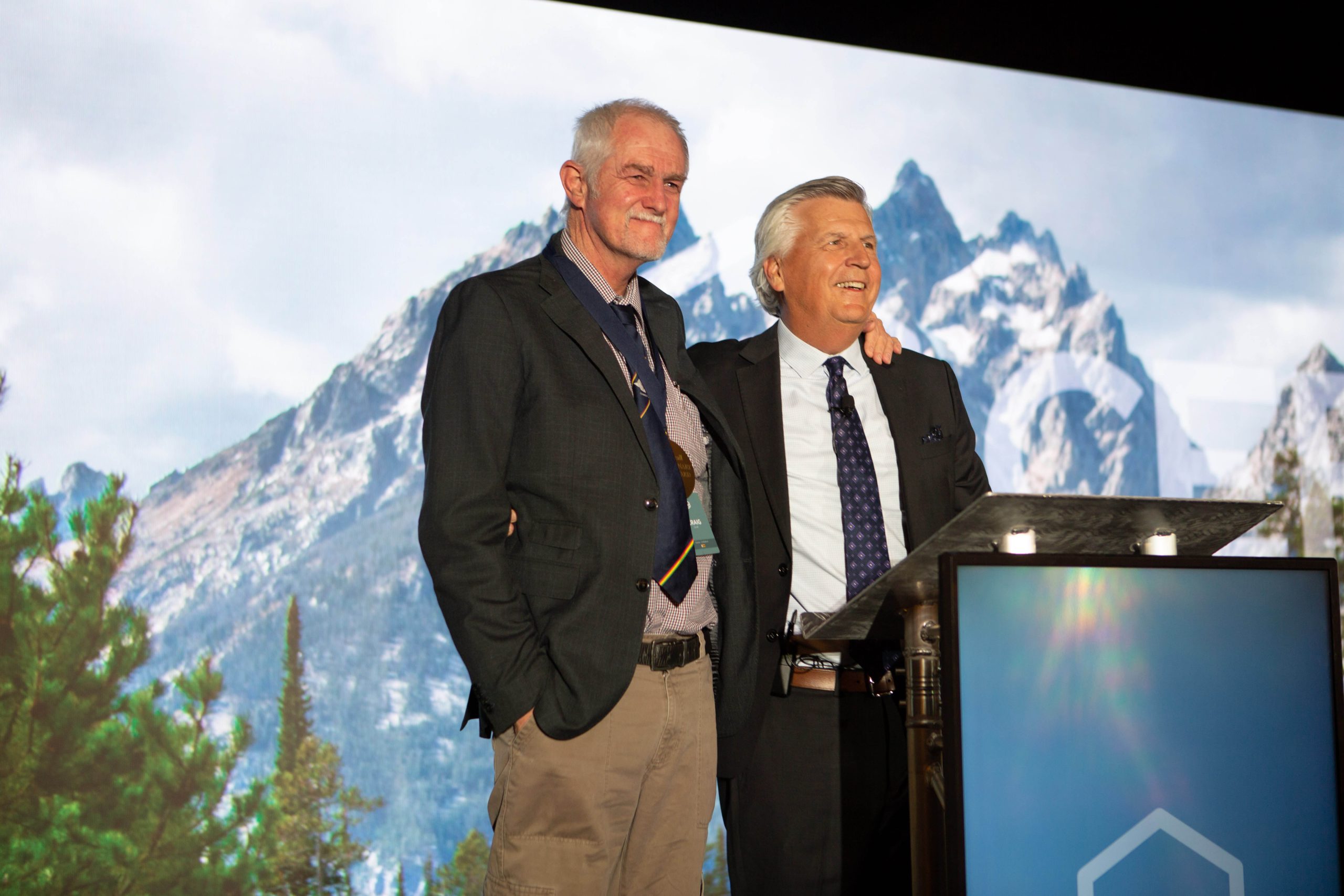 Foundations for Farming was founded by Brian Oldreive. A farm Oldreive had managed in north Zimbabwe was almost bankrupt as traditional farming methods such as deep soil inversion (plowing) depleted the land and reduced crop yields. A man of great faith, Oldreive says God revealed to him that in nature, plants grow in a naturally occurring mulch of fallen leaves and grass. He experimented with a Zero-Tillage technique of planting crops in beds of mulch. It greatly increased his yields allowing his farm to succeed, leading him to acquire three times more land to manage and, eventually, to founding Foundations for Farming to share this technique among small farmers across Africa.

The government of Zimbabwe endorsed the Foundations for Farming approach last year, and in 2020/21 the country will experience its first food surplus in two decades. In the Mashonaland Central Province – home to 8.5 percent of the nation’s 14.7 million people – the technique tripled Maize production from 182,000 tons to 545,000 tons.

Additionally, many young college graduates cannot find jobs in Zimbabwe today, and the success of farming in the Foundations for Farming method is turning them into agricultural entrepreneurs.

In a widely quoted statement, John Basera, the Permanent Secretary of the Ministry of Lands, Agriculture, Water and Rural Resettlement, said. “Pfumvudza means a new season of increased productivity. It is a season of producing more on less land and with less resources; a season of climate-proofing our agriculture through … [the] adoption of Conservation Agriculture.”

This story is all the more remarkable because the nation where Foundations for Farming originated is the same that 20 years ago seized the land of thousands of white farmers . . . including Craig Deall’s.

“He had three choices,” Bentley said in bestowing the award. “He could fight, flee or forgive.”

The vast majority left the country, but it was through the process of losing his farm that Deall says he realized if he were to truly follow the Bible’s admonition to “feed your enemy,” he must take a different road. 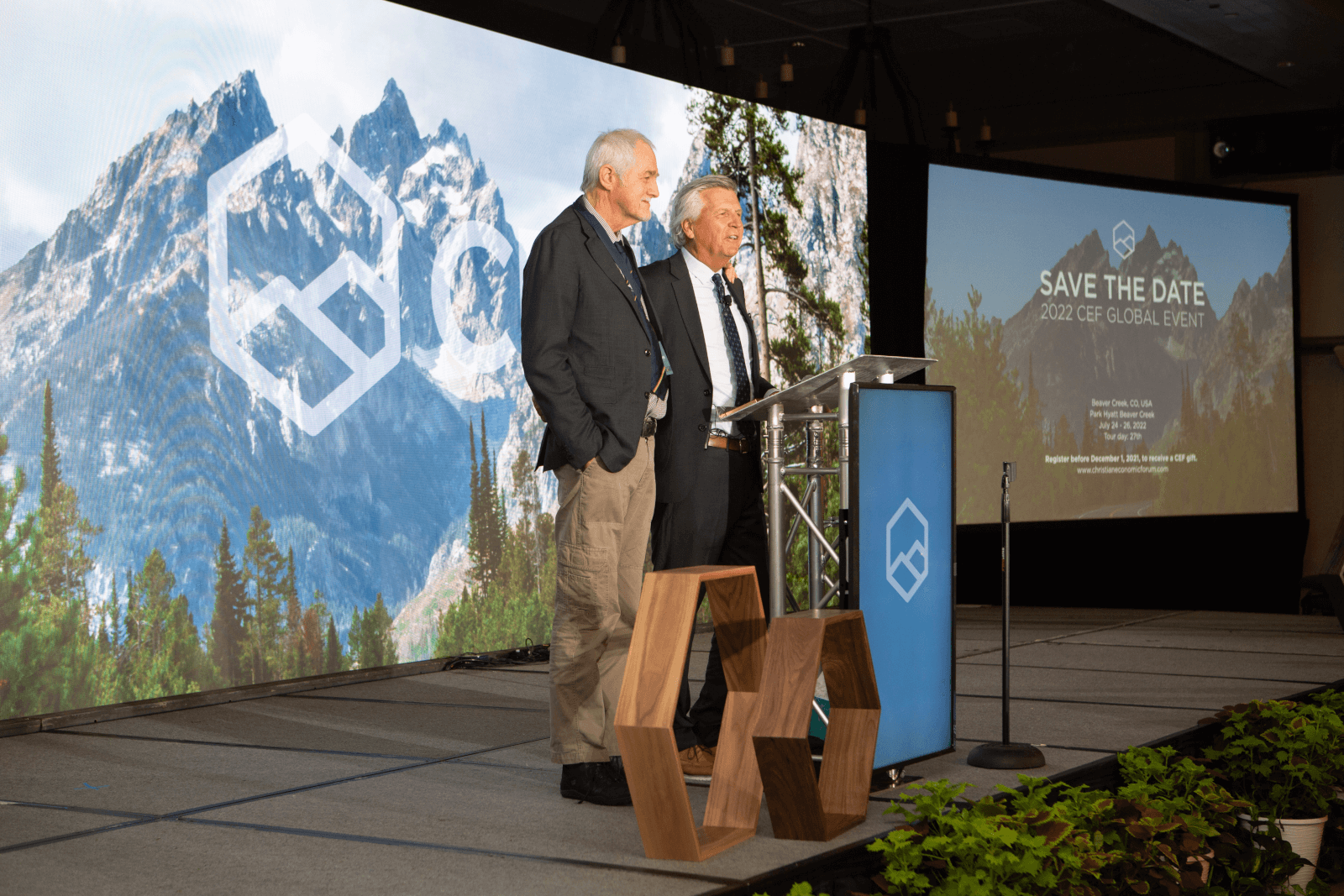 Deall chose to forgive and help serve the nation by training small scale farmers, and that included helping the people now living on the farm his family worked for two generations.

Today, Foundations for Farming is teaching the Zero-Tillage, Conservation Agriculture methods not only in Zimbabwe, but also in over 30 nations in Africa as well as in other continents, with Stewardship Centres emerging in the USA, Canada, Latin America, India, UK, and Netherlands

They communicate four key factors to those the organization helps:

Foundations for Farming is an initiative aimed at bringing transformation to individuals, communities and nations through faithful and productive use of land. God has revealed a very simple conservation farming method with an implementation management teaching, which when applied help people to apply the Gospel to their lives.