Any business generally reflects the values of its principle owners or managers. It is the reflection of these values that determines whether a business is labeled Christian or non-Christian.

If a business is to be used to serve God, it should have but one overriding purpose—to glorify Him. As such, there are five basic business functions that, together, constitute the activities of a Christian business:

As a means of funding God’s work, many Christian business owners or managers have chosen to give a tithe from the business.

The principle of tithing from a business is not dramatically different from tithing out of personal income. Actually, most Scriptures on giving in the Old Testament deal with business-generated income, since few people were actually employees in the sense they are today. The vast majority of people in Old Testament times were employed in agriculture, as were most Americans prior to the 1950s.

The precedent for tithing from a business is clear in God’s Word: “Honor the Lord from your wealth and from the first of all your produce” (Proverbs 3:9).

In the Old Testament the Hebrew people brought approximately 23 percent of their increase to the Lord’s storehouse. The keepers of the storehouse, the Levites, in turn used what was given to care for the widows, needy foreigners in the area, orphans, and the Levites.

In the New Testament, no longer did the people bring their tithes and offerings to a physical storehouse. Instead they gave of their increase in tithes, offerings, and alms to the church body. In turn, the church used the tithe for spreading the Gospel. The offerings were used for the general and administrative support of the church, and the alms were used to care for the poor, widows, orphans, and otherwise needy.

The Scriptures seem to imply that the tithe’s purpose is to be a testimony of God’s ownership, and thus it is meant to be individualized. It was never intended that everyone or every business should give the same amount or in the same way but that each should give bountifully and cheerfully (see 2 Corinthians 9:6-7).

Giving should come from our hearts. For that reason, the tithe should not be considered a “law” but, rather, as an indicator of obedience to God’s laws. This seems to be confirmed in the book of Malachi: the prophet confronted the Jews with their sins of disobedience, using their lack of tithing as an example.

Tithe on Gross or Net?

It was the great 19th century preacher, Charles Spurgeon, while addressing a home missions inaugural conference at the Metropolitan Tabernacle in south London in 1889, who said, “In all of my years of service to my Lord, I have discovered a truth that has never failed and has never been compromised. That truth is that it is beyond the realm of possibilities that one has the ability to out give God. Even if I give the whole of my worth to Him, He will find a way to give back to me much more than I gave.” 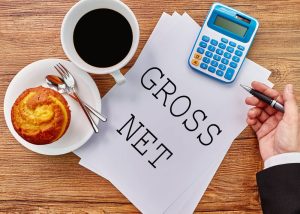 Because it is impossible to out give God, it becomes a moot point to question whether a business should tithe on gross or net profits. “By your standard of measure it will be measured to you; and more will be given you besides” (Mark 4:24). If a business strongly believes in honoring God from the increase He provides, that business should consider tithing from the gross profits and trust that God will provide what is needed after the business pays any creditors and the other expenses.

Many times business profits are tied up in noncash assets, such as building, equipment, stocks, or product. An answer to the tithing question that some Christians businesses have chosen to follow is to give a partial ownership in the business as a tithe. So, as the business prospers, so does the Lord’s portion.

Although there is a biblical admonition to give from the firstfruits, or the increase of the business, a business should not give from the portion that belongs to any creditors or any employees. Business tithes should be given from business profit after overhead expenses, employees’ salaries, and creditors have been paid. Each employer should then tithe on the amount they receive as a salary.

Corporations, unlike businesses, are usually owned by a conglomerate of people from all walks of life and different religious beliefs. Since one person usually does not own all the stock in a corporation, an individual might consider giving a tenth of the increase in his or her individual stock in the corporation to the Lord.

An alternative method might be to take one-tenth of the company stock and set up a Christian foundation with it, then set a goal to control the company’s future growth and declare the dividends to God’s work.

Individuals as well as businesses should look for ways to give, rather than trying to find ways to prevent or hinder giving, remembering always that God is more interested in our hearts than in any actual gift amount.

There is an admonition in God’s Word to give from our firstfruits, or the increase. This would apply to business as well as personal income. However, a business owner must remember that the business tithe should be only on the profits that belong to the business, not on what rightfully belongs to creditors, stockholders, employees, or others.