3 Ways a Career Personality Test Could Change Your Life

A few weeks ago, I met an interesting couple. I had just given a speech at a seminar, and they approached me to ask how they could improve their relationship. They were very much in love, but personality conflicts were creating problems in their marriage.

“You need to take a personality assessment,” I told them. “Identify your similarities and differences, and figure out how you complement one another. Once you understand your individual strengths, you’ll be able to leverage those and become an even stronger team.”

I sent them a personality test, and a few days later, they emailed me to tell me what an impact it had made already. They each saw themselves in a new light, and they began communicating more effectively because of the insights they had gained from the test.

Personality tests don’t just improve personal relationships, though. You can also take a personality test to find the right career or make a career change. Tests such as Crown’s Career Direct Assessment can help you find the perfect professional fit and experience deep satisfaction in your career. The more you know yourself, the more likely you are to find meaningful, fulfilling work.

In the seven years that I’ve been recommending personality assessments to people, I’ve never once heard someone say it didn’t help. I’ve worked with CEOs and Ivy League graduates, and they all say it’s helped them learn about their core traits and strengths, and shape their lives around those. 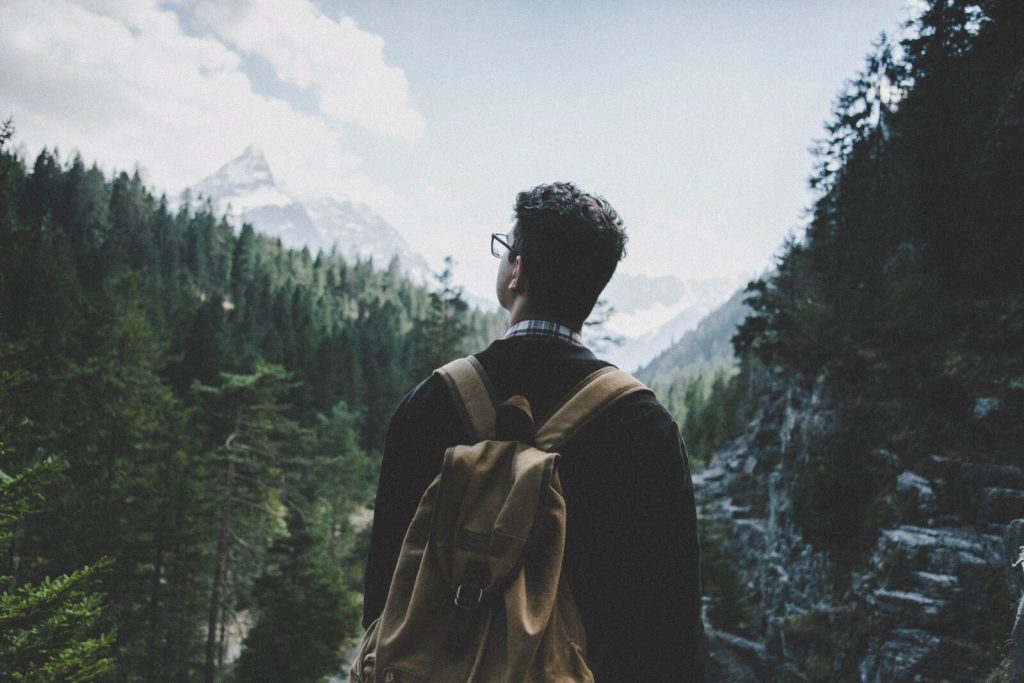 Before we explore the benefits of personality and career tests, let’s talk about the elephant in the room. Many people don’t believe these assessments are effective. An ambitious young man I know shared a story with me that was unfortunate but also unsurprising. At a career symposium, he asked a recruiter her opinion of personality tests. In front of 2,000 fellow audience members, she dismissed him outright and said personality and career tests don’t work.

The man was embarrassed and a little disheartened, but fortunately, he didn’t give up on personality assessments. This recruiter likely had her own reasons for adamantly rejecting career tests, especially automated ones. People are protective of their jobs, and recruiters often have their own “secret sauce” for evaluating candidates. They will always be a little skeptical of a computerized test that does part of their work in half the time. So you always have to take people’s gut reactions with a grain of salt.

But people have other reasons for being skeptical of personality tests, and not all are based on personal bias. Some assessments, such as the popular Myers-Briggs approach, can narrow down the way people think about themselves.

For instance, if someone discovers they’re an INFJ based on the Myers-Briggs system, they see their personality solely through that lens. They think of themselves as introverted and creative, and they judge all of their impulses against the INFJ characterization. But that creates internal strife when their feelings or inclinations fall outside those parameters. “I’m not feeling like my normal introverted, contemplative self today. What’s wrong with me?” they wonder.

Or they begin categorizing people by their Myers-Briggs results as well. If you’re introverted and you find out someone is an ENTP, you might judge them as being overly talkative, hyper-logical, and lacking in emotional awareness. That description is a very watered-down version of the ENTP profile, but that’s the danger of creating personality labels. We make assumptions when we categorize people into groups, which limits how we see others and ourselves.

Our team is highly aware of those risks, which is why Crown’s Career Direct Assessment doesn’t generate profiles that tell people who they are or what they should be doing with their lives. We understand that that approach feels divisive to some people, for good reason.

I once consulted with a company where I used our personality inventory to get a baseline understanding of everyone on the executive team. Before starting the test, two women on the team approached me and said they wouldn’t take the test.

“We know what the report will say about us, and our boss will use it against us,” they told me. “He’ll say we’re not suited to our jobs and either reassign us or fire us.” I reassured them that that wouldn’t happen, but their boss proved me wrong.

He took one look at their results and zeroed in on perceived flaws, such as a lack of detail-oriented thinking, after which he decided to remove them from their current positions. I persuaded him not to use the test as a be-all, end-all criterion for employee assessment. But it was a powerful lesson in how limited people’s interpretation of personality tests can be, and how strict readings of the tests can lead to unfairness in the workplace.

With the right implementation, however, personality and career tests can be powerful and enlightening. Rather than map people onto specific profiles, Crown’s Career Direct Assessment works on a grading system that shows where someone falls on a spectrum of strengths and passions.

When you see that you and your peers fall at different places on the spectrum, you realize that no two people are the same at all. You may share certain traits but only to varying extents. Instead of categorizing yourself as extroverted and argumentative, you may realize you’re mostly extroverted but have introverted impulses, too. And maybe you do like to argue, but only to make a point that’s important to you. You don’t enjoy arguing for the sake of arguing.

The nuances matter, and they help us realize that each of us possesses a rich inner life.

We believe that God gave each of us unique gifts and that there’s unity in our differences. Our goal is not to put people in boxes but to bring their gifts to light. Then they can use that self-awareness to work in harmony with themselves and their colleagues.

At their best, assessments help us understand ourselves more fully. Throughout our lives, each of us constructs stories and frameworks for how we see ourselves. Those narratives often gloss over our imperfections. That’s understandable. Most of us are at least a little insecure, and it’s painful to acknowledge our shortcomings. The stories we tell ourselves can assuage that pain and allow us to move confidently toward our goals.

But if we’re too attached to those stories, they can cause discord in our personal lives and stress in our careers. A personality test helps us to go deeper into the story and look at both our strengths and weaknesses. Then we can understand how our habits are helping or hindering our sense of fulfillment. 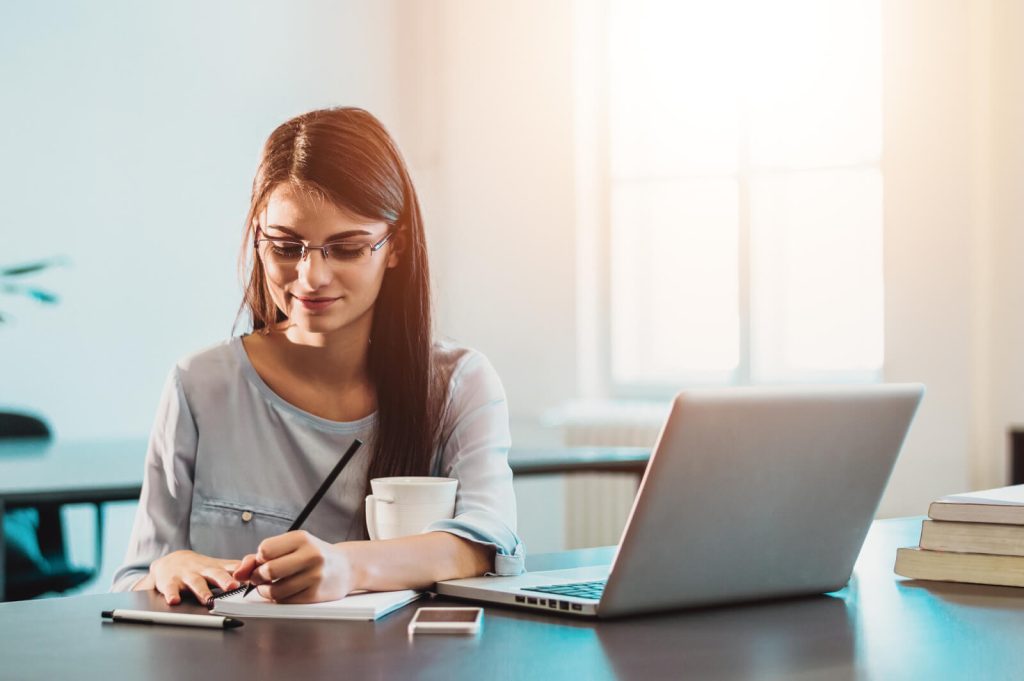 The author Jeremie Kubicek says, “You have to know yourself to lead yourself.” This is true in every area of our lives. In my case, knowing myself meant recognizing that I have a tendency to talk over people and dominate conversations. Once I realized that, I became more self-aware about how I conducted myself in meetings. I don’t want people to feel like I’m steamrolling them, so I’ve become conscientious about letting others speak and waiting to respond until they’re finished.

This awareness extends to my personal life now, too. When my wife and I are having a conversation over dinner, I can look across the table and imagine how she’s experiencing me. If I’m being too adamant in my points or not giving her a chance to speak, I pull back. We’re partners, and I want her to feel that I respect her in my words and actions.

Your nature is how you were designed. It speaks to the basic tenets of who you are. Your excitable personality, your tendency toward contemplativeness, your love of big crowds, your passion for argumentation, your calling to service — those are all facets of your nature.

Understanding who you are at your core will guide you toward a career path in which you thrive and in which you help others do the same.

Nurture refers to the environment in which you were raised. There’s an ongoing debate about whether nature or nurture is more influential in determining our personalities, but it’s clear that both play an important role. Many of your beliefs, habits, and ways of interacting with other people likely come from your parents and other influential figures in your life.

When you examine where those behaviors stem from, you can determine whether they still serve you and whether you’d like to make changes in how you engage with the world.

Unlike the first two, experience points to the present moment. What are you doing in your current work environment? What have you done in the recent past? It accounts for your career trajectory up to this point and helps you evaluate whether you’re satisfied on this path.

If you’re not happy with your existing journey, a personality assessment will help you identify a job or career better-suited to your nature, nurture, and desired experience.

Seeing yourself through these contexts provides a holistic view of your personality, and that’s the real value of personality and career assessments. It’s not about saying, “OK, this is my personality type, therefore I should be doing X job.” It’s about knowing yourself more deeply so you can choose the right professional roles and experience greater happiness in all areas of your life. Personality tests shouldn’t put you in a box; they should free you to live a more fulfilling existence.