If you’ve heard it once, you’ve heard it a thousand times: Business is all about relationships. The old saying is true, but it’s repeated so often, you might be tempted to dismiss it as a cliché. I’m here to tell you that cliché or not, this is the most important piece of advice you’ll hear throughout your career.

I’m also here to give you another critical piece of advice, which is that fulfilling careers are built on genuine relationships. Everyone knows the person who shows up to every networking event, collecting business cards and touting their own successes. No one likes that guy. People do business with those they trust and with whom they’ve forged sincere connections.

The Size of Your Social Network Doesn’t Matter

When I was in high school, my dad told me, “It’s not what you know but who you know.” I realized the wisdom of my father’s words as I watched whiz kid former classmates struggle in the professional world. If you can’t relate to other people, it doesn’t really matter how bright or talented you are. But if you don’t make genuine connections, who you know doesn’t matter much either.

Social media platforms such as Facebook and LinkedIn lay our networks bare for everyone to see. At least, it seems that way on the surface. You scroll through your contact list and assume that the guy with 1,500 connections must be the ultimate relationship networking success story.

In reality, social media connections tell us very little about people’s relationships. It costs nothing to accept someone’s friend request on Facebook or connection request on LinkedIn. But how many of those people do you really know? How many could — or would — sincerely vouch for the quality of your work and character?

The size of your social network doesn’t matter. What matters is whether you’re able to leverage your connections into references, mentorships, and lasting professional relationships. You get to that point by thinking not about how you can benefit from other people’s status and experience, but how they can benefit from knowing you. The more you’re willing to give of your time and expertise, the more visible and respected you’ll become, and your reputation will attract high-quality connections into your circle. 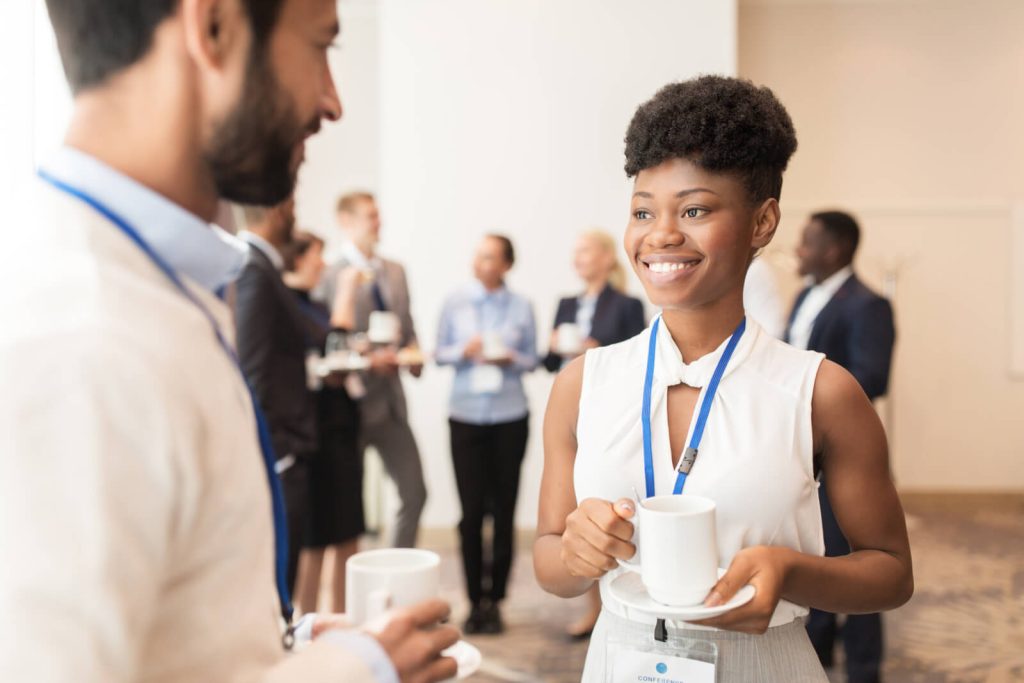 The Time to Network Is Now

If you’re in high school or college, there’s no better time to cultivate the habit of providing value. We live in a “me-first” society in which people always want to know what’s in it for them. When you flip the narrative and ask instead, “What can I give?”, people notice. Who would you rather work — the person who is blatantly self-interested or the one who gives freely of their time to others?

Providing value doesn’t always mean performing grand gestures. I look for little ways to help people throughout the day. They don’t take much time, but they show the other person that I’m thinking of them and that I’m happy to help them even when they’re not directly providing value to me. For instance, if someone mentions they need to hire a new consultant, I’ll try to refer that business deal to a trusted acquaintance. Maybe I’ve read or overheard a useful piece of information, and I pass that on to someone who could use it.

Some people maintain clear lines between their business and personal relationships. I don’t. Relationships are relationships. I treat people with the same level of respect and attention whether we’re in a boardroom doing business or catching up over a round of golf. When you approach relationships in this way, you experience richer and more satisfying bonds in all areas of your life.

Are You Working in God’s Economy or Man’s Economy?

The importance of being genuine becomes even more apparent when we ask ourselves whether we’re working in God’s economy or man’s economy. When we get caught up in the rat race, only thinking about our own gains, we’re entrenched in man’s economy. It’s no surprise when we wake up to find ourselves surrounded by people we barely know and wonder why we don’t have satisfying careers or more fulfilling relationships. Matthew 7:12 says, “So whatever you wish that others would do to you, do also to them, for this is the Law and the Prophets.”

God doesn’t reward the pursuit of wealth. His economy is all about giving and serving. Jesus built His ministry around service, and we should do the same with our careers. We are called to walk in His footsteps, so when we become too focused on our own needs and ambitions, we stumble.

Desiring a successful and lucrative career is a worthy goal, and God doesn’t fault us for wanting to provide a good life for our families. But our success doesn’t have to come at the expense of others or the sacrifice of our faith. Whether you look at it from a faith perspective or a business standpoint, cultivating genuine relationships makes good sense.

The Keys to Good Relationships

I’ve read business books that say, “Never eat lunch alone.” Friends of mine even live by an extreme version of that concept. They like to book every single breakfast, lunch, and coffee break with a networking opportunity.

That approach doesn’t work for me. It seems too contrived. If I meet someone with whom I share a connection, I’m happy to invite them to lunch or coffee to get to know them better and see how we might work together. But trying to build 20 new relationships over 45-minute lunch chats seems like a fool’s errand and a sure path to shallow connections. Instead, I prefer to be spontaneous and pursue relationships based on mutual benefit and interest.

The spontaneous mentality enables me to be a connector. Since I don’t cram my schedule with networking meetings, I can really listen to the people with whom I do meet. Then I have the mental space to recognize opportunities for connections. I ask good questions and listen to the answers, which allows me to say, “Oh, a friend of mine is passionate about this area, too. I’ll put you in touch,” or “I know someone who would be a great addition to this project, so I’ll bring them to lunch with us next time.”

I also maintain curiosity in all of my interactions. Because I only pursue relationships where there’s a genuine connection, I’m constantly trying to learn more. This practice leads to interesting, productive conversations and far more fruitful business relationships than a more shallow networking tactic would.

When you develop genuine relationships, you become more valuable to your network. You also experience increased career satisfaction. A string of surface-level contacts won’t make for a thriving career. If you want to hone your relationship-building skills, forget numbers and simply be curious, be helpful, and be sincere.