The States With the Most Revolving Debt

ZeroHedge.com recently revealed the states where consumers accumulated the greatest revolving debt. Hopefully, you were not among those who woke up regretting the addition of thousands of dollars to your credit cards over the holidays (at a 30% interest rate nonetheless).

Minnesota and Wisconsin dominate the list of cities with the top 10 best credit scores, while cities in California, Texas, and Louisiana account for 8 out of 10 of the worst scores. 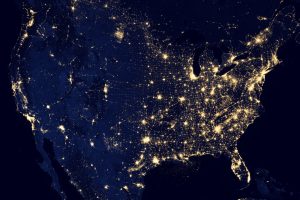 According to MarketWatch, the average family in the worst states would be required to apply 15% of their median income toward debt repayment and it will take them over a year and a half to pay off their credit card debt.

The situation is further defined by ValuPenguin. There, it is reported that millennials carry an average credit card balance of $5,800. But even sadder, Americans past retirement age are carrying credit card balances over $6,000 well into their 70’s.

One important step this year is to pay off all your credit card debt and fix your eyes on Christ. My prayer is that this is a year where the things of this earth will grow strangely dim in the light of His glory and grace.

Crown has just released our online MoneyLife Personal Finance Study! You can learn God’s plan for your finances in the convenience of your own home at your own pace. Check it out today!