From Drowning in Debt to Walking in Freedom

I will never forget Russ and Kandy Hildebrandt’s story. I first saw it on national news and was later able to speak to them in person. Russ had accumulated a total of $126,000 in consumer debt, which came as a shock to Kandy. This was two times the annual income Russ earned as a chemist. It took five years, but they avoided bankruptcy and paid back every penny, including interest, that they owed. 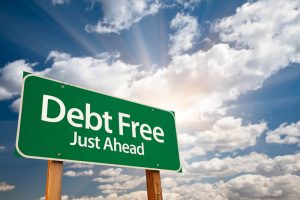 Their remarkable story continues to receive national news even now, several years after they were able to pay off this mountain of debt. But here are some facts you won’t read about in the papers.

1. Russ took on a part-time janitor job at night to earn the extra money they needed to pay off the debt. He slept in his car five nights a week for 4 ½ years between his day job and night job. He did that even during the harsh Minnesota winters. Russ told me that he feared his debt had ruined more than his credit—that it ruined his testimony too. Little did he know that his credit would be fully restored and God would allow his testimony to be shared to encourage thousands of people.

2. During their debt repayment time, Russ and Kandy continued to give 10 percent of their income to their church plus support other missions. They also had a surprise baby. This is important to remember because most people will tell you that these two factors would have made it impossible for them to escape their crushing debt load.

So how about you? Do you have too much debt? Want to do something about it? Here is what I learned from Russ and Kandy:

Cut your expenses to the bare bones.
Increase your income with a part-time job.
Dedicate your effort to God’s glory.
Get started and don’t give up.
Continue to give and honor the Lord and seek His help along the way.