Can you explain the concept of Universal Basic Income? It seems more like a Robin Hood plan than good economics.

Regular income. Everyone. No conditions. There is no need to work, meet qualifying standards, or experience scrutiny to get paid. Everyone would qualify for universal basic income whether needed or not.

So to your concern, it is not a Robin Hood plan in the sense that it takes from the rich (via taxes) to give to the poor. It is worse. The idea is to tax the rich and print fiat money to have enough to distribute it to everyone.

The Case for UBI

Proponents (many holding to a dystopian view coming from the Silicon Valley) believe UBI:

Andrew Yang hung his Democratic Presidential bid on this as a central promise of his campaign; if elected, everyone would receive $1,000 per month. He called it the Freedom Dividend. He is not alone. Former President Barack Obama, Richard Branson, Mark Zuckerberg, and even Pope Francis have endorsed the idea as a winning plan to bring economic fairness and mutual benefit to the world. Interestingly, my name appeared in a Polish blogger’s article earlier this year using me as a known evangelical opposed to UBI which the Pope supports. (He referred to me, and those like me, as hypocrites for not caring about other people’s welfare.) 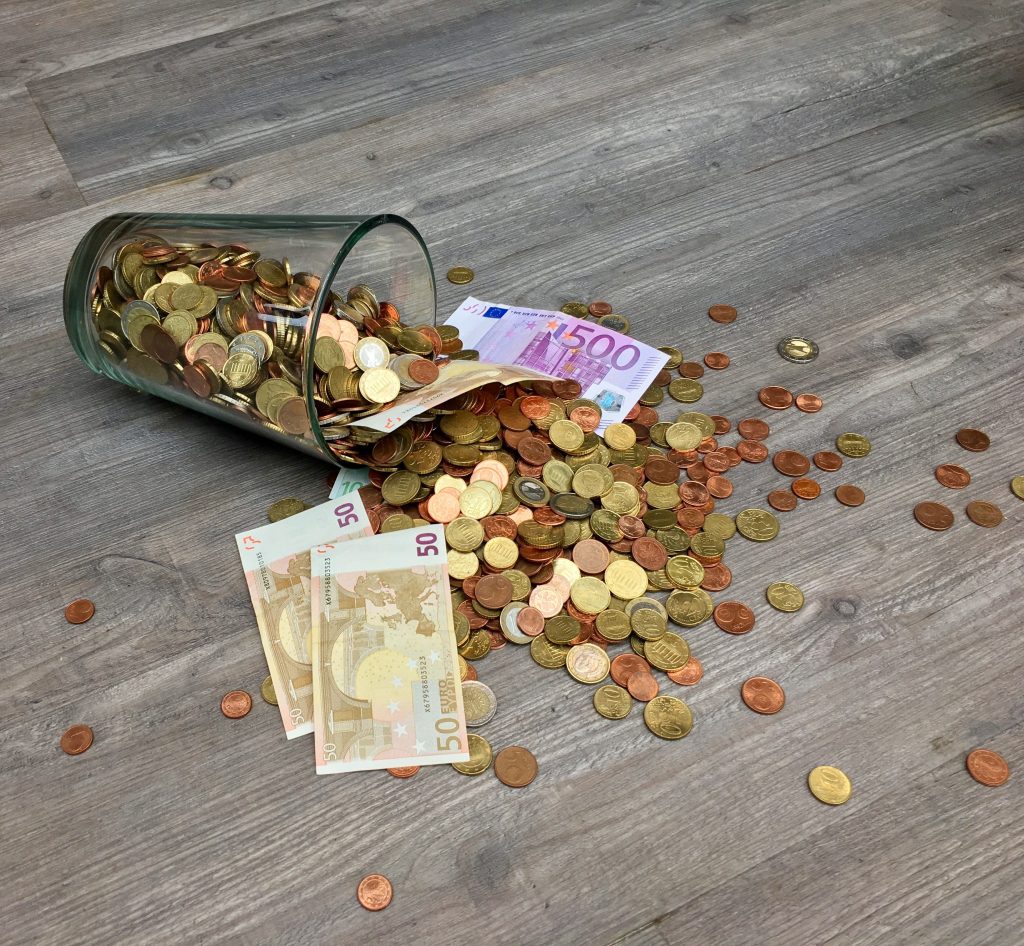 Where Does the Money Come From for UBI?

Proponents believe that a combination of taxes and “sovereign money” will cover the expense. Sovereign money is the code word for printing money by nations that issue their own currency. This takes us into the Modern Monetary Theory (MMT), sometimes called the Monopoly Money Theory or Magic Money Theory, which states that currency issuers can print unlimited amounts of money as needed without concern for taxes or deficits. Essentially, you have to swallow the MMT pill before you can swallow the UBI pill. Taken together, they present a toxic threat to the economic health of any nation.

The Case Against UBI

Income without work is similar to holding a lottery and declaring everyone the winner. The pot is divided equally among the citizens. The one big difference? Nobody has to purchase a ticket to win. A history of lottery winners proves Proverbs 13:11 true: “Wealth gained hastily will dwindle, but whoever gathers it little by little will increase it.” Is there any real gain with UBI?

The dystopian view that technology will eliminate millions of jobs thereby creating social unrest is unfounded. For every technological advancement, there is an offsetting demand for new education, new job skills and new problems to be solved by entrepreneurs. Proponents of UBI, however, view man as simply a consumer who will need to be appeased while out of work, versus a creative, capable producer who can add value to any enterprise.

Apart from the inefficiency or potential for corruption, empowering the government over a source of my income, however small or large, is dangerous and fraught with political and economic risks.

God created man to work and provide for his needs. This gives meaning to our lives as well as deep satisfaction for earned achievement. UBI removes both of these benefits.

Now we command you, brothers, in the name of our Lord Jesus Christ, that you keep away from any brother who is walking in idleness and not in accord with the tradition that you received from us. For you yourselves know how you ought to imitate us, because we were not idle when we were with you, nor did we eat anyone’s bread without paying for it, but with toil and labor we worked night and day, that we might not be a burden to any of you. It was not because we do not have that right, but to give you in ourselves an example to imitate. For even when we were with you, we would give you this command: If anyone is not willing to work, let him not eat. For we hear that some among you walk in idleness, not busy at work, but busybodies. Now such persons we command and encourage in the Lord Jesus Christ to do their work quietly and to earn their own living. (2 Thessalonians 3:6-12 ESV)

I prefer to derive my income from work and to give charitable support to those who are unable to work. This is the way God designed us to flourish. He did not put man in a garden to simply eat from it, but rather to work and manage it.

This article was originally published on The Christian Post, September 11, 2020.