Ask Chuck: Should I Worry About this Labor Shortage?

What’s up with the labor market? I have never seen so many postings for job openings or so many people who aren’t working. Many don’t even appear to be concerned about finding a job. Are people just living off the government now? How long can this continue?

Like you, I have never seen such a strange situation in the labor markets in the United States. On a number of occasions, I have gone out to eat at restaurants that only had enough staff to open half their dining room. Other times, I have not been able to find anyone to help me at a large retail store. They barely had enough staff to provide check-out services. Hotels are struggling to find maids. Truck drivers are in short supply. Something is changing since the pandemic started! However, it would be over simplifying the problem to lay all the blame on the government.

Let’s take a closer look as I seek to analyze what is really happening and to answer your question.

The Labor Department recently reported that more than 4.4 million people quit their jobs in September—the most ever for a single month. 4.3 million quit in August. Federal Reserve Chair Jerome Powell, in a news conference last month, said there are 5 million fewer people in the workplace than before the pandemic. Clearly, there is turmoil in the job market.

Why Is This Happening?

Ian Cook, at the Harvard Business Review, cites results of an in-depth analysis of the situation in Who is Driving the Great Resignation?

Some blame the government. There is a long list of policies that some believe contribute to the loss of workers: 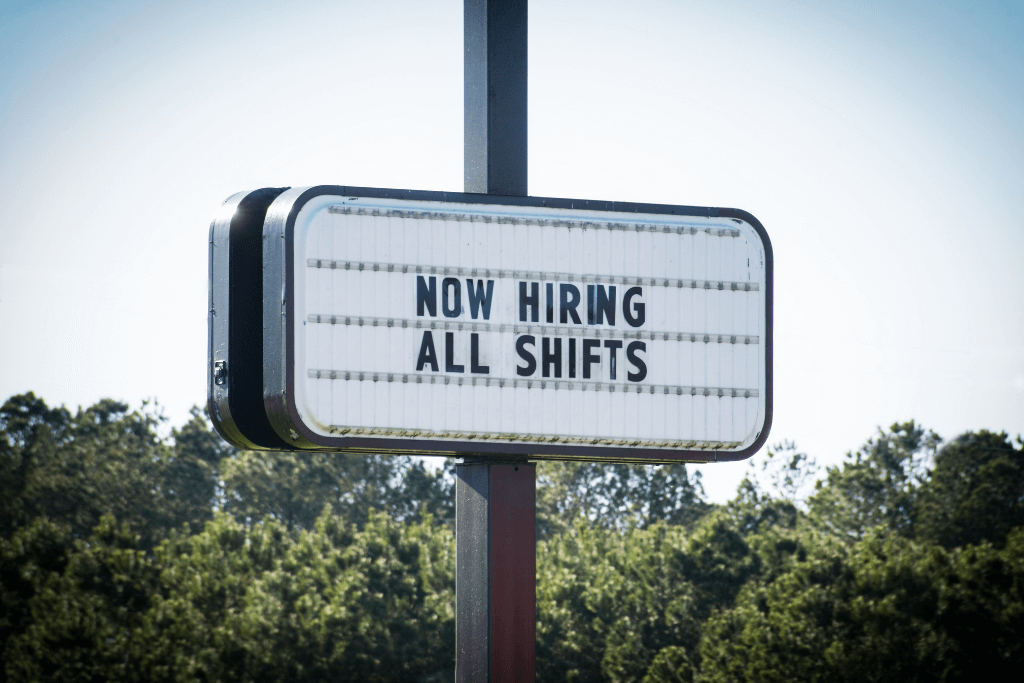 The pandemic came on the heels of a long stock market expansion. 4% left their jobs because of money made in crypto investments. Housing prices soared, and people refinanced at lower rates. This provided cash or lower payments. During the lockdowns, spending decreased, savings increased, and debt was paid down. This created financial margin for many workers to quit without having another job lined up. Older workers took early retirement. Mothers who quit relied on working spouses, collected unemployment, or freelanced.

Now, many people are reluctant to return to work. The Federal Reserve Bank of Dallas says 31% hesitate returning to previous jobs. Millions of women are “caring for relatives, searching for affordable child care, reassessing their careers or shifting their work-life priorities.” Their children’s lives have been disrupted, and they feel more needed at home than at work.

The Associated Press addressed the issue last month. The number of employed mothers with children 13 or younger is lower than pre-pandemic levels, per Nick Bunker, director of economic research at Indeed. A report titled “Women in the Workplace” by consulting firm McKinsey and Co. says, “Women are even more burned out now than they were a year ago, and the gap in burnout between women and men has nearly doubled.” In addition, some claim racism or under-recognized, underpaid work compared to male colleagues.

Employers need workers and are raising wages to attract them. In addition to higher pay, workers want flexible work arrangements and job security.

Stephen Moore believes that we are witnessing the end of four decades of labor peace in America. He predicts an increase in labor strikes. He also foresees a troubling cycle: “Inflation means higher prices at the stores, which means workers want higher pay, which means companies have higher costs, which means the firms have to raise their prices further. And the process repeats. Six percent inflation could snowball into 8% to 10% inflation by the end of the year.”

Goldman Sachs believes that up to 60% of those leaving the workforce have retired and will not be coming back. While I cannot predict the future, I expect the trend will be with us in the short term until new efforts to attract workers start to kick in.

Regardless, for those like you and millions of other Christians who continue to work, we can do so knowing that work was created by God for our good. When done as an offering to God, work becomes worship. And we can be thankful for the opportunity we have to bring Him glory.

“Whatever you do, work heartily, as for the Lord and not for men, knowing that from the Lord you will receive the inheritance as your reward. You are serving the Lord Christ.” (Colossians 3:23-24)

It is a good reminder to pray. Pray for our nation’s leaders, for our economic policies, for those who want better jobs, and for employers struggling to fill positions. Pray for those in our families, churches, and communities who need jobs.

Let us know how we can help. Crown has many free tools and resources for the employed or unemployed, including a Budget Coaching program and a career assessment tool.