I recently read that there is a growing number of Americans in favor of Universal Basic Income (UBI). What does the Bible say about that?

Not a Fan of UBI

Dear Not a Fan of UBI,

I saw a recent poll on this, too. It caused me to raise my eyebrows; so I did some homework.

Newsmax.com recently reported results from an online Skynova poll. Of the 1,023 responders, 485 were Democrat, 270 Republican, and 268 Other. In their survey, 67% of respondents support the idea of guaranteed monthly income, 20% oppose, and 12% are indifferent.

I do not believe everything I read. We must consider the source, consider the audience, and consider why it might have been written. In these times, godly wisdom and discernment are absolutely necessary.

In August 2020, Pew Research reported that a narrow majority of U.S. adults opposed UBI. Their online survey included 11,001 U.S. adults and found wide age, race, and income differences in views. Both of these studies reveal that younger adults and those with lower incomes support UBI.

Universal Basic Income (UBI), as defined by its most ardent supporters, is “a regular income paid to everyone without any conditions. Everyone would automatically receive a regular income paid into their bank accounts.” Proponents of the plan believe it helps resolve inequalities; eliminates humiliating welfare programs, economic crises, and austerity; and aids people who prefer to use their creativity in other ways than traditional employment.

A Harvard Political Review notes that UBI experiments have been positive in India and Kenya by helping those suffering extreme poverty—providing food, water, and shelter. However, testing conducted in Canada and Finland was shut down because the cost was too great. So, the author suggests an alternative income or overhaul of the welfare system.

Money Crashers created a list of the pros and cons of UBI:

Jim Huntzinger, at the Affluent Christian Investor, writes that according to data, income inequality has not changed over the past 100 years. There are three key wealth indicators: productivity improvement, income mobility, and personal well-being. Productivity has improved dramatically. He quotes economist Tyler Cowen of George Mason University: “While income inequality is rising, inequality of personal well-being is dropping.” Huntzinger points to research showing that personal well-being in the lower level income brackets has improved, and he believes the situation is not as grim as we are led to believe. Studies show that productivity and economic growth are the keys to improved well-being. 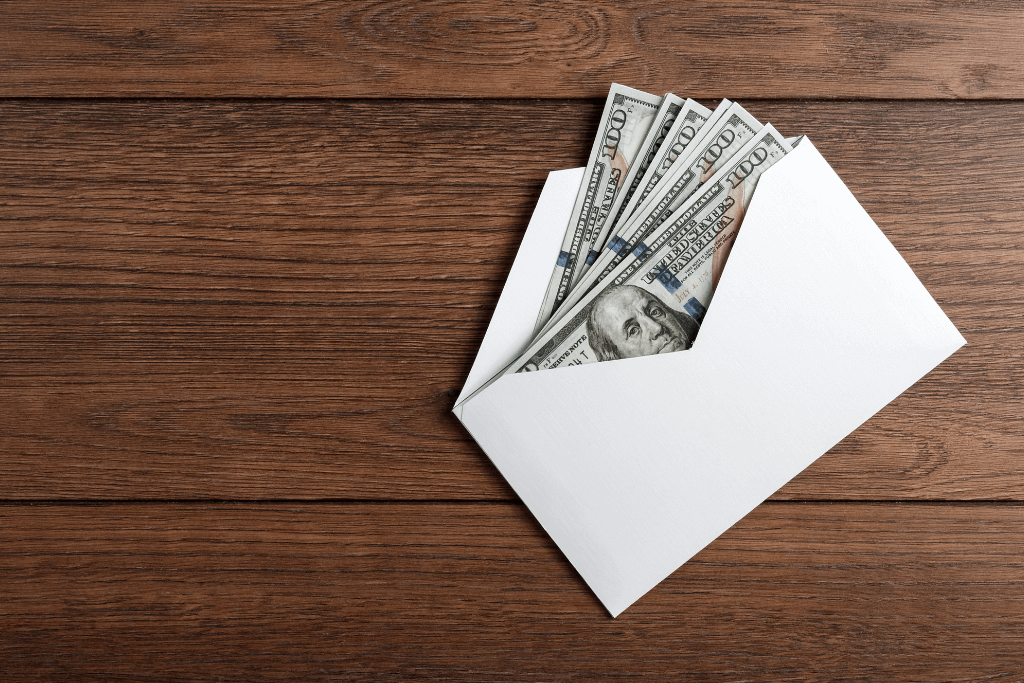 UBI and the Bible

Much of the support for UBI is driven by a dystopian view coming from those who believe (or propose in order to create fear) that artificial intelligence, robotics, and other disruptive technologies will cause massive job loss and economic chaos if there isn’t a plan to keep unnecessary people happy when they don’t have a job. I disagree. For every technological advancement, there is an offsetting demand for new education, new job skills, and new problems to be solved by entrepreneurs. Man is not simply a consumer who needs to be appeased while out of work.

God made man to work—to be a creative, capable producer who can add value to any enterprise.

In exchange for that work, his needs will be supplied. This gives meaning to life and deep satisfaction for earned achievement. UBI removes both of those benefits.

“Those who work their land will have abundant food, but those who chase fantasies will have their fill of poverty.” (Proverbs 28:19 NIV)

“In the name of the Lord Jesus Christ, we command you, brothers and sisters, to keep away from every believer who is idle and disruptive and does not live according to the teaching you received from us…Such people we command and urge in the Lord Jesus Christ to settle down and earn the food they eat. And as for you, brothers and sisters, never tire of doing what is good.” (2 Thessalonians 3:6,12 NIV)

I have written more about UBI in my book, Seven Gray Swans, Trends that Threaten Our Financial Future. Sending people money empowers the government to have greater control over their lives and is fraught with the potential for corruption. Remember how we learned of fraud upon fraud related to the Payroll Protection Plan in 2020.

I prefer to derive my income from work and to give private charitable support to those who cannot. This is the way God designed us to flourish; otherwise, He would not have put man in a garden to work and manage it but simply to eat from it.

Thank you for your question. If you want to read more about UBI and other current financial trends, you can order an ebook version of Seven Gray Swans at Amazon.com or a print version at Crown.org.

This article originally published on The Christian Post on October 22, 2021.