Ask Chuck: Are My Investments Safe Under a Biden Presidency?

How do you think a Biden presidency would impact my retirement nest egg? It is hard to know which way this election will go! I can’t afford to lose my savings.

Thanks for the question. As of this writing on November 4th, the day after the presidential election, there is no certain winner. In fact, it looks as if it could be an election that is settled in the courts before it is all over. So, while I will answer your question, it does not assume that Vice President Biden will in fact be elected president.

I wrote an article earlier this year about the possible worst-case scenario for investors: a contested election. In it, I stated that markets hate uncertainty and if we have a delayed outcome of our election, I expected the markets to tank. I was wrong.

As of right now, the markets are in fact up in the midst of enormous uncertainty regarding the ultimate outcome of the election. There are three possible explanations for this based upon a near equal split of the popular vote: (1) Investors sense that Vice President Biden will be the victor and that massive amounts of stimulus money will be forthcoming. Essentially, they are going long on government bailouts. (2) Investors sense that President Trump will emerge the victor and maintain his pro-business, pro-growth policies that will remove the lockdown restrictions hurting economic growth. (3) Investors believe a Democratic president and Republican senate will present gridlock or provide checks and balances against radical legislation.

No one truly knows which, if any of these options, is driving the optimism in the markets. We can only speculate and better understand with hindsight.

This is good news for the millions of Americans who do not want to see their investments in public stocks and bonds go into a free fall while we wait for this chaos to be sorted out. Hopefully, in the short term, your nest egg will not suffer.

When considering the economic impact during a full presidential term, I am in the camp of Steve Forbes. Mr. Forbes, editor-in-chief of Forbes Magazine and two-time GOP presidential candidate, predicted on September 4th that a Biden presidency would be “an unmitigated economic disaster.” His dire outlook is based upon the stated platform position to raise taxes on the rich, which will slow economic growth. Mr. Forbes predicted a return to a state of “stagflation,” which is a paradox of inflationary prices but slow or no economic growth to keep up. 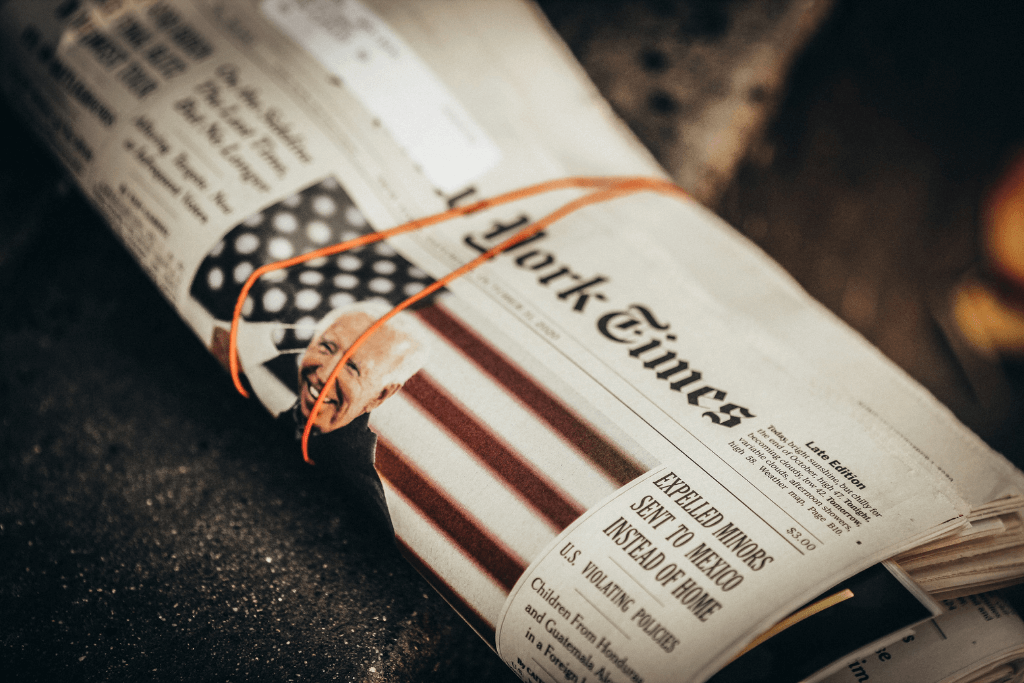 A Shift Away from Capitalism

We also know that the Biden/Harris ticket has a strong expectation to implement policies of the Democratic Socialist platform. This includes the Green New Deal, the return of Obamacare taxes, and punitive policy towards the fossil fuel industry in America.

Socialism and/or communism, by definition, are economic philosophies that embrace centralized control of resources with the idea that wealth is redistributed by political leadership not based upon merit or achievement or personal rewards but based upon a government’s definition of what is “fair.”

Sadly, in actual practice, governments often think it is fair to take from political adversaries or those who do not support them to give to their own constituencies or even to keep the resources for themselves. Socialist structures can become a means of coercion that provide a way to take from the producers and give to the non-producers. And usually, those whose resources are taken are first attacked, denounced, and defamed as unworthy and flawed.

The Bible is clear that we must work as unto the Lord if we are able, and with the rewards we earn, be generous toward those who are less fortunate. A socialistic structure turns that on its head. Those who work and achieve can be deemed unworthy; those who contribute nothing can be rewarded for merely being associated with those who have power.

I reached out to my friend and noted economist, Jerry Bowyer, for his help. He noted, “Christians who have fallen prey to socialist ideas tend to fall for the lie that the love of money is to be equated with free-markets. In other words, anyone who prefers free markets is deemed to be implicitly endorsing the love of money. Freedom equals greed. This is a lie, a dangerous one.”

Every system of political economy (which is what we call the study of the proper relationship between the state and the economy) involves money. Capitalist countries have money; socialist countries have money. Both systems have rich people. Both systems have poor people. The difference is that under socialism, it is the politically connected who become rich.

History is replete with examples of how this philosophy ruins economies. We can expect bigger government, more bureaucracy, more federal debt, and slower GDP growth. This will likely be bad for your nest egg long term.

Time to Be Wise

There is valid reason to believe that the fundamental pillars of our nation would be altered during a Biden/Harris term. I do not know how to invest to counteract policies and measures that are yet unknown. I do know that Solomon gave wise advice to investors who were unsure of a looming disaster. He said to diversify:

“Invest in seven ventures, yes, in eight; you do not know
what disaster may come upon the land.” (Ecclesiastes 11:2 NIV)

This is a good time to diversify your investments into asset classes that will perform well regardless of what the future holds. Professional advisors with a kingdom worldview can be beneficial in helping you to achieve this.

An analysis of investing performance also shows that holding steady in a well-diversified portfolio has greater benefits than trying to jump in and out of the market as circumstances change. The yo-yo effect of selling when the market is bad and buying when the market is good causes most investors to buy high and sell low and thus suffer losses.

If you are in your senior years and are concerned about needing funds in the near term, consider moving your retirement funds to very low-risk places like certificates of deposits (CDs), money market accounts, or even cash.

Do not live in fear and anxiety. Regardless of who becomes president, God is in control. He knows your needs and holds your future in His hands.

This article was originally published on The Christian Post on November 6, 2020