Is fantasy football gambling? My oldest sons (14 and 17) and husband are really into it and I am wondering if it’s the right decision for them. Does the Bible say anything about something like this?

Fantasy football is big business and many do consider it gambling from a legal and moral perspective. Even though it can be played without gambling money, many “leagues” require an entry fee, which involves risking money in an attempt to gain more. Offline betting on leagues is illegal, but rampant. It has culturally been accepted as “entertainment” or “just a football contest” since some argue it is based on more controllable variables than simply random chance.

My understanding is that fantasy football involves compiling a group of players you expect to perform well in upcoming games. Some play for daily prizes, others for only a season, and some do both. You earn a certain number of points based on how well your chosen players perform in real-life games. You win by earning more points than your opponents. The winner of the league is then usually determined by the team with the best win/loss record for the season. Seems relatively harmless, right?

Fantasy sports is a multibillion dollar form of “entertainment” occupying the time of approximately 60 million players here and in Canada, according to the FSTA. That’s a lot of money, and a lot of time invested by a whole lot of people.

​A poll of 500 fantasy football participants was recently commissioned by LendEDU.com. Respondents, on average, spent a little under an hour a day working on their fantasy teams while at work. ​Using the median wage for U.S. workers of $44,148 and assuming players spend 13 weeks researching and playing, then more than $1,100 is lost per player in productivity each season. If 60 million players are using their computer or phone to do research or lineup changes on company time, then employers are being silently robbed.

In Light of Eternity

Whether players bet or not, and whether they use company time or not, the question that still begs to be answered is “why?” Knowing people are dying spiritually and suffering physically around the globe, is this the best use of a Christian’s time and money?

We are a society fixated on entertainment. Believers can get way off mission when distracted by things of this world. Sacrifice, service to others, and spiritual growth wanes when our attention is given to trivial things. 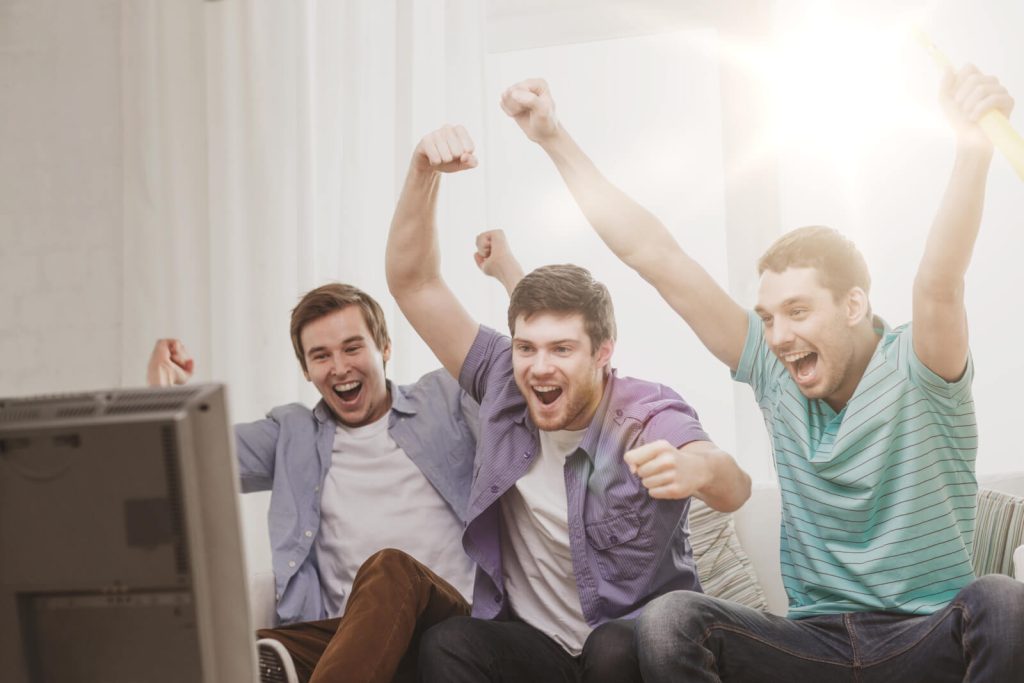 Entertainment appeals to the flesh, but it cannot satisfy man’s deepest longings. It is a temporary fix at best, but can actually be a vice or idol. Disguised in a way that offers fun and “fellowship”, it distracts God’s people from their true calling, demanding time that cannot be given back and money (for those who are betting) that would be better invested elsewhere, and can lead to a gambling addiction. And, unfortunately, statistics show that gambling promotes other vices.

To entice someone to gain money at the certain loss of another violates virtually every principle taught by Christ. It promotes selfishness, greed, and covetousness. It is not God’s way that others must lose their money so that I can win.

Furthermore, we’re setting an example to our families, friends, neighbors and church members. What does this say about what we value? Are we being conformed to the world if we are caught up by the entertainment it offers?

We’re responsible and accountable for our actions regardless of what others do. We’re to look beyond the temporary rewards of the world to the eternal rewards of living in the light.

We don’t have time to waste! Our life on earth is fleeting and the impact, the legacy we leave must be seen through the eyes of faith.

For we ourselves were once foolish, disobedient, led astray, slaves to various passions and pleasures, passing our days in malice and envy, hated by others and hating one another. But when the goodness and loving kindness of God our Savior appeared, he saved us, not because of works done by us in righteousness, but according to his own mercy, by the washing of regeneration and renewal of the Holy Spirit, whom he poured out on us richly through Jesus Christ our Savior… (Titus 3:3-6)

Having this eternal perspective of our money does not come naturally to us. We have to learn what the Bible says about how we are to steward our time and money. Crown’s online MoneyLife Personal Finance Study was created to help you learn what the Bible says about stewardship. Through this online study, you’ll learn what God says about every area of your finances, and how to become a biblical steward. I would encourage you, your husband, and your sons to all enroll together.

Consider asking your men to evaluate their involvement with fantasy football by asking some pointed questions:

Are you preoccupied with this “entertainment”?

Are you honoring your employer by avoiding using your company time to check on your game?

Is it affecting your schoolwork?

Have you kept track of how much time it actually consumes in your day?

Are you borrowing money to play?

Are you chasing losses?

Are you giving more money to the church than you are spending on fantasy football?

Are you causing a weaker brother to stumble?

Does Christ deserve more of your heart?

Regardless of their motive or current fascination with fantasy football, I hope you will be able to make progress in directing their time and attention to the things that truly will matter when the stewardship of our time and money is ultimately evaluated.

I hope they will be able to say as Paul, “Indeed, I count everything as loss because of the surpassing worth of knowing Christ Jesus my Lord.” (Philippians 3:8).